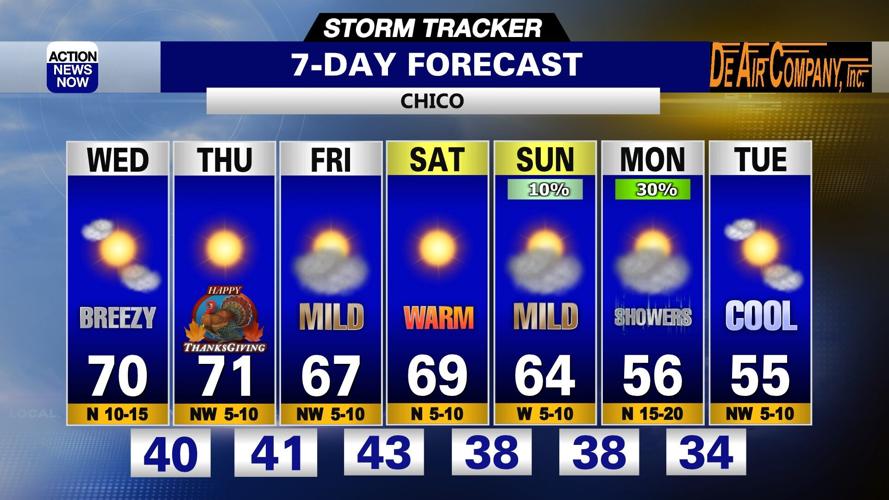 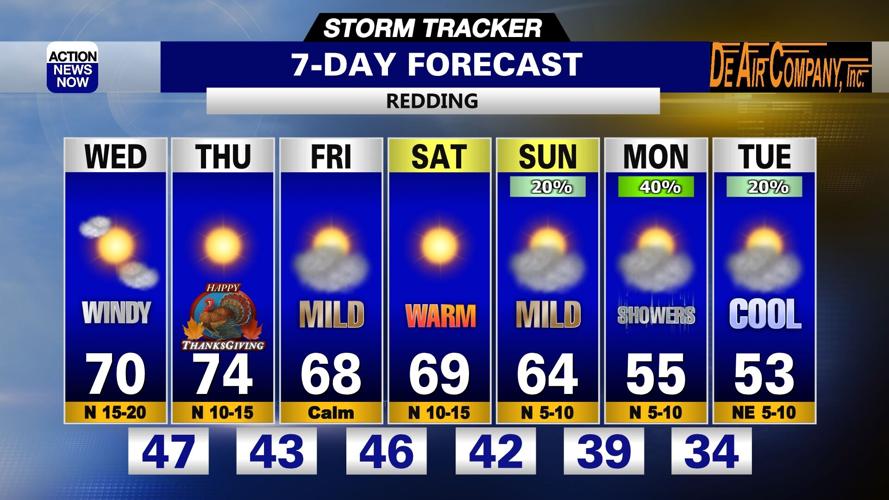 You'll want to give yourself extra time to get to where you're going today and to make sure your phone is fully charge before as you get ready to take on your Wednesday. High pressure to our west and north will leave us with clearing skies and warmer temperatures, and low pressure to our north east will track south and drive gusty north/northeast winds today into Thanksgiving morning. This weather pattern is what's known as an "Inside Slider" event, where a trough rides over to the north of a ridge across the southwest and then slides south on the back side of that ridge to drive gusty north winds. This is sometimes accompanied by Sierra snowfall, but moisture will be very limited from this system, so we'll be staying dry today. The gusty winds will bring the potential for power outages and travel impacts as trees could get downed into roads or power lines through early Thursday. We have had some cloud cover over northern California overnight, and those clouds paired with the increasing north winds have left us with a warmer start to your Wednesday. Valley and foothill areas are in the 30's to 40's, while our mountain zones range from the teens to 30's early Wednesday. Winds are picking up out of the north, and will be sustained up to around 15mph in the valley. Gusts up to 30mph out of the north are projected along I-5 in the valley, and gusts up to 25mph will be possible along the east side of the valley in Butte County today. Winds will be picking up out of the northeast from mid afternoon through tonight in the foothills and Sierra. We'll have sustained winds out of the northeast to 15mph, and gusts in the 40 to 50mph range in those areas from this evening through early Thanksgiving morning. High temperatures are projected to climb into the upper 60's to lower 70's in the valley, mid 50's to mid 60's in the foothills, 40's to mid 50's in the Sierra, and 50's to lower 60's in the Northern Mountains Wednesday afternoon. Winds will become stronger out of the northeast overnight in the foothills and Sierra. Gusts up to around 60mph out of the northeast are not out of the question in our canyons, and could result in power outages and debris being blown into our roads through early in the day on Thanksgiving.

Storm Tracker Forecast: Temperatures On The Rise This Week

Storm Tracker Forecast: Fire Danger And Heat On The Way

Storm Tracker Forecast: Winds Calming Down Tonight With A Great Weekend Ahead