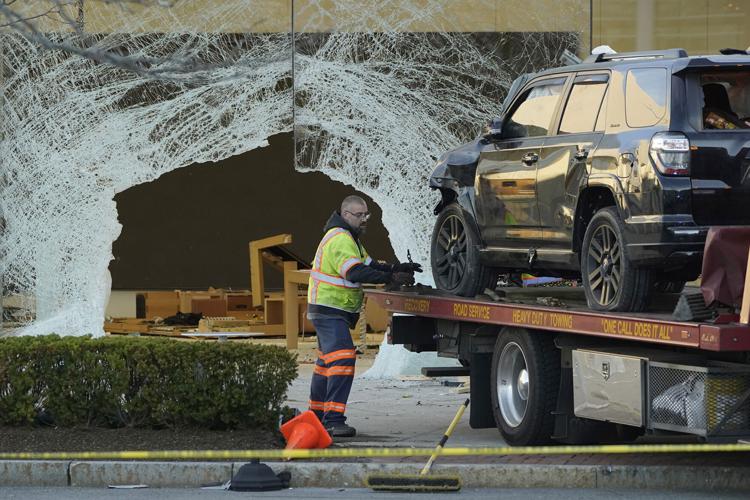 A worker secures a damaged SUV to a flatbed tow truck outside an Apple store, Monday, November 21, in Hingham, Massachusetts. 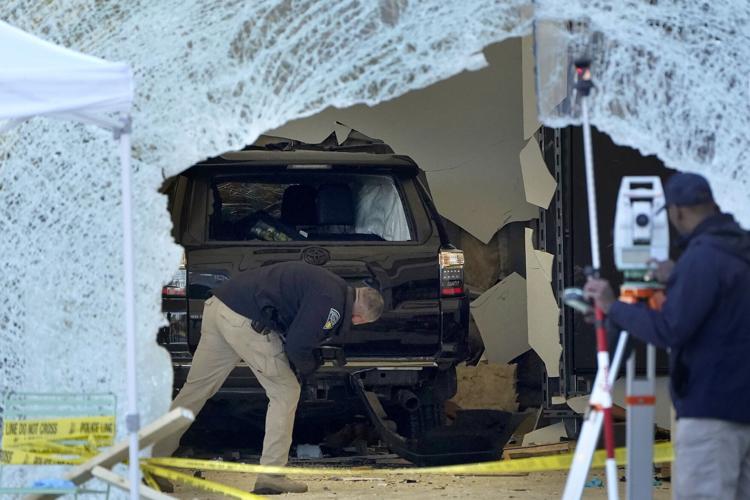 A law enforcement official examines the SUV in the Hingham Apple store. 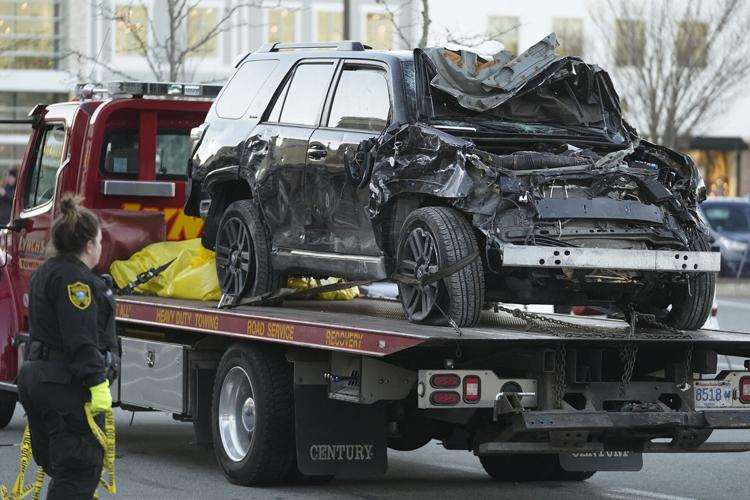 A tow truck removes the SUV from the scene of the crash.

A worker secures a damaged SUV to a flatbed tow truck outside an Apple store, Monday, November 21, in Hingham, Massachusetts.

A law enforcement official examines the SUV in the Hingham Apple store.

A tow truck removes the SUV from the scene of the crash.

The man accused of driving an SUV into a Hingham, Massachusetts, Apple store, killing one person and injuring 20 others, has been charged with reckless homicide by motor vehicle, a prosecutor's office tweeted Tuesday.

Bradley Rein, 53, was arrested Monday night and is scheduled to be arraigned in Hingham District Court, the Plymouth County District Attorney's Office said in a tweet without providing a date and time.

He is being held on $100,000 bail after a judge at a Tuesday hearing granted prosecutors' request. If he makes bail, Rein will not be allowed to drive a vehicle and will have to notify the court if he leaves Massachusetts.

Rein's sobriety test "registered a reading of zero," prosecutors said, and he told investigators he did not use drugs or alcohol. Rein let authorities search his cell phone and consented to a blood draw, they said.

Rein, who spent the night in the Plymouth County House of Correction, has no medical issues that would compromise his ability to drive, and his SUV had no mechanical issues to his knowledge, he reportedly told investigators.

His next court appearance, regarding appointing an attorney, is scheduled for December 22.

First responders described a chaotic scene after the SUV crashed through the window of the busy Apple store in the town about 20 miles southeast of Boston. Emergency services responded to the Derby Street Shops following 911 calls for help around 10:45 a.m., Plymouth County District Attorney Tim Cruz said.

A dark-colored SUV smashed through the store's window at an undetermined speed and hit people, Cruz said.

"First responders found coworkers and other bystanders rendering first aid to multiple victims in need of urgent care," his office said in a news release.

People were injured in front of the store and inside it, including victims who were pinned against the wall by the vehicle, Hingham Fire Chief Steve Murphy said. Seven fire engines and 14 ambulances responded, he said.

Police identified Kevin Bradley, 65, of New Jersey, as the victim killed at the scene, Cruz said, noting the investigation into the crash is active and ongoing.

"We are devastated by the shocking events at Apple Derby Street today and the tragic loss of a professional who was onsite supporting recent construction at the store," Apple said in a statement.

There are 'limb-threatening' injuries, doctor says

First responder Dr. William Tollefsen, from South Shore Hospital in Weymouth, described using a restaurant near the Apple store to triage people and keep them out of the cold. The injured included people with head trauma and mangled limbs, he said.

South Shore was treating patients for life- and limb-threatening injuries, some of whom were still awaiting surgery Monday afternoon, said Dr. Christopher Burns, the hospital's chief of trauma. The medical center was treating 17 patients from the crash as of Monday evening, Cruz's office told CNN. Two other injured people initially taken to South Shore were transferred to hospitals in Boston.

The names of the injured are not being released until family members are notified, officials said.

Brigham and Women's Hospital in Boston received two patients and Boston Medical Center admitted three patients, they said. It's unclear whether the facilities included transferred patients in their numbers.

Apple: 'Our hearts go out' to those affected

"Our hearts go out to our team members and customers who were injured and all of those who were affected by this terrible incident," Apple said in its statement.

The Derby Street location is temporarily closed, according to Apple's website.

The Apple store, which boasts a large glass storefront, is at the back corner of the upscale Derby Street Shops. The entrance to the store faces a large parking lot that hundreds of visitors drive through daily.

The Apple store and the surrounding restaurants and shops garner large crowds this time of year.

US consumer inflation eased to 7.7% over past 12 months