US downs Chinese balloon, drawing a threat from China 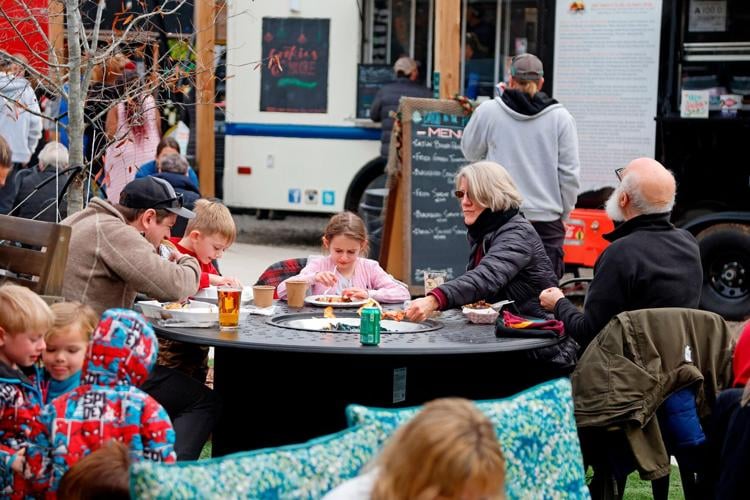 Residents of Southern Pines have lunch while the power is out in the area at Reds Food Truck Corner. 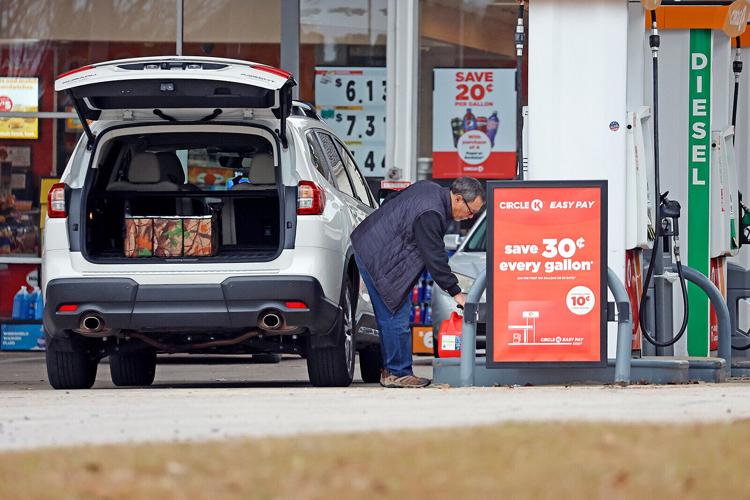 Residents fill gas containers just outside the area impacted by the power outage. 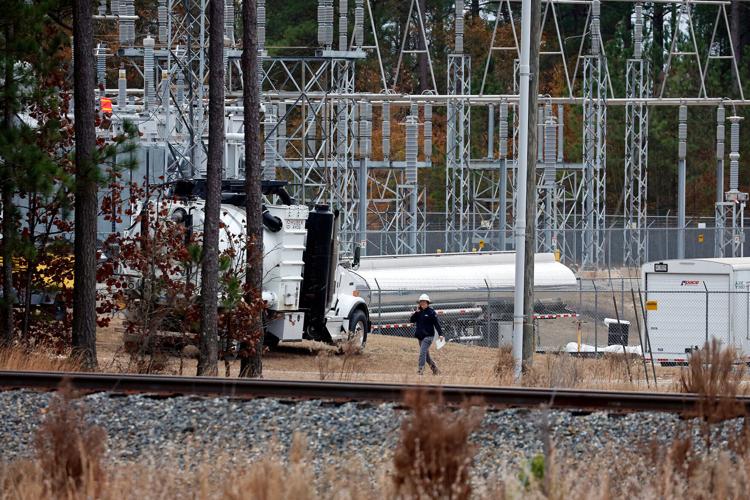 Crews work on equipment at a substation in West End, North Carolina.

Residents of Southern Pines have lunch while the power is out in the area at Reds Food Truck Corner.

Residents fill gas containers just outside the area impacted by the power outage.

Crews work on equipment at a substation in West End, North Carolina.

Gunfire that damaged electric substations and left much of a North Carolina county without power since Saturday was self-serving and brought misery to many, a mayor of a severely affected town says.

"It is a selfish act. It is cruel," Carol Haney, mayor of Southern Pines in Moore County, told CNN on Monday. "There are so many people that are hurting. The revenue stream has been stopped. If you have health issues, it is critical. It is just a horrible, horrible, terrorist, in my opinion, act."

Two substations in Moore County were damaged by gunfire Saturday night in what investigators believe were "intentional" and "targeted" attacks, officials said, with Moore County Sheriff Ronnie Fields saying that whoever fired multiple rounds at the substations "knew exactly what they were doing."

No suspects or motives have been announced. Costly repairs will take time, and many may be without power until Thursday, utility Duke Energy has said.

More than 36,000 utility customers in Moore County were without power Tuesday morning, out of 63,800 customers tracked in the county, according to PowerOutage.us. About 45,000 customers initially were affected Saturday night, Duke Energy said.

The outages have made life difficult for residents. Schools closed countywide Tuesday for a second straight day. Businesses without generators are shuttered. Residents without generators and who don't go to shelters must brace for low overnight temperatures and leave their homes to charge their electronic devices.

The owner of a Moore County pharmacy is storing medicines in his home, which is powered by a generator, so that people can continue to get their prescriptions, he said.

Rob Barrett, the owner of Whispering Pines Prescription Shoppe, believes he has enough gas to keep the generator running, but the pharmacy faces other issues: Some employees have no gas to get to work, and there are communication issues.

In rural areas of the county, the loss of electricity has also impacted the water supply to families.

"Rural communities rely on electricity a lot more than people realize," Andrew Wilkins, whose parents own a farm in Whispering Pines, told CNN. "Many big cities don't lose their water when the power goes out, but a lot of rural areas rely on a well for water.

"My family draws their water from a well, so when the power goes out, the well stops and the water pressure drops and we slowly lose water."

Southern Pines, a town of about 15,900 residents roughly a 40-mile drive northwest of Fayetteville and a 70-mile drive southwest of Raleigh, lost all power, according to Haney, the mayor. She said she had to get her 98-year-old mother out of the town and to Charlotte so she could be in a warm home.

With the power out, the town's water and sewer system is operating on generator power, according to Southern Pines Fire and Rescue.

The town's fire department has seen an increase in car crashes related to the lack of traffic lights, and more fires as people try to find alternate ways to heat their homes, Southern Pines Fire Chief Mike Cameron told CNN.

The fire department also is getting more medical calls from people using supplemental oxygen or other medical devices that require power, Cameron said.

FirstHealth Moore Regional Hospital in Pinehurst is running on a backup generator. However, the hospital is postponing certain elective procedures, and family medicine and other clinics in the country will be closed until power service is restored, hospital officials said in a news release Sunday.

'A malicious, criminal attack on the entire community'

Investigators are "leaving no stone unturned to find out who did this," North Carolina Gov. Roy Cooper told "CNN This Morning" on Tuesday. FBI and state investigators have joined the investigation.

"This was a malicious, criminal attack on the entire community that plunged tens of thousands of people into darkness," Cooper said.

"Our priorities now are health and safety, getting the power back on as quickly as possible, and making sure that federal, state and local law enforcement find out who did this, and why, and bring them to justice."

Whoever fired multiple rounds at the substations "knew exactly what they were doing," Moore County Sheriff Ronnie Fields said Sunday.

Fields on Sunday noted "no group has stepped up to acknowledge or accept they're the ones who (did) it."

Investigators were trying to determine whether both substations were fired at simultaneously, or one after the other, the sheriff said Monday.

A countywide mandatory curfew from 9 p.m. until 5 a.m. has been in effect since Sunday night, with Fields saying the decision was made to protect residents and businesses.

Getting power back will take 'significant amount of work'

Customers could "gradually" see more outages restored soon, but many people will be in the dark until Thursday, Jeff Brooks, a Duke Energy spokesperson, said at a news conference Monday.

Brooks said some equipment can be repaired in place, but other pieces of equipment were damaged beyond repair and need to be replaced.

As the investigation continues, sheriff's deputies are keeping watch over the county's substations.

"Obviously, we can't predict with absolute certainty that it is over," Cameron, the Southern Pines fire chief, said. "But law enforcement is heavily involved in protecting some of our infrastructure to make sure that nothing else happens."

Country needs to have a serious conversation about infrastructure protection, governor says

The governor stressed Tuesday that the state needs to learn from the incident, saying "this is unacceptable to have this many people without power for this long."

"This is a retirement community, so there are a lot of adult care homes that do not have power," Cooper told CNN Tuesday. "We're providing generators and help to make sure people are safe here."

The country needs to have "a serious ... conversation about protecting our critical infrastructure," Cooper said.

"It was clear that (whoever is behind the gunfire) knew how to cause significant damage, and that they could do it at this substation, so we have to reassess the situation," Cooper said.

Officials are not disclosing whether there were cameras at the two affected substations, because that is "part of the investigation that they do not want to reveal at this time," Cooper said.

Less than two weeks before Saturday's substation damage, the FBI said there had been an increase in reported threats to electric infrastructure from people who espouse "racially or ethnically motivated violent extremist ideology."

The FBI has received reports of threats to electric infrastructure by people espousing racially or ethnically motivated extremist ideology "to create civil disorder and inspire further violence," the FBI said in a November 22 bulletin sent to private industry, which CNN obtained.

Though the motives for Saturday's damage still are unclear, US officials have consistently been concerned by the interest violent extremists have shown in the country's electric grid.

Cooper said Tuesday he was aware of the FBI warning.

"Matter of fact, we have worked to organize and step up our protection of our infrastructure, particularly in the area of cyber security. We know that those attacks can be massive and put down power or water or other infrastructure for a lot of people across the country, so we've been working on that," Cooper said.

Angela Lansbury, beloved star of 'Murder, She Wrote,' dead at 96

Russia's attack on Ukraine means these prices are going even higher