CHICO, Calif. - A wrongful death lawsuit was filed against the City of Chico and two police officers in connection with an officer-involved shooting in 2015.

The father of Eddie "Gabe" Sanchez is suing the city, the police department and officers Mark Bass and David Bailey, claiming excessive force.

The lawsuit says officers Bass and Bailey were attempting to arrest Sanchez on Pomona Avenue in Chico in November of 2015.

The lawsuit says Sanchez was a suspect in two robberies with a semi-automatic gun in Chico. 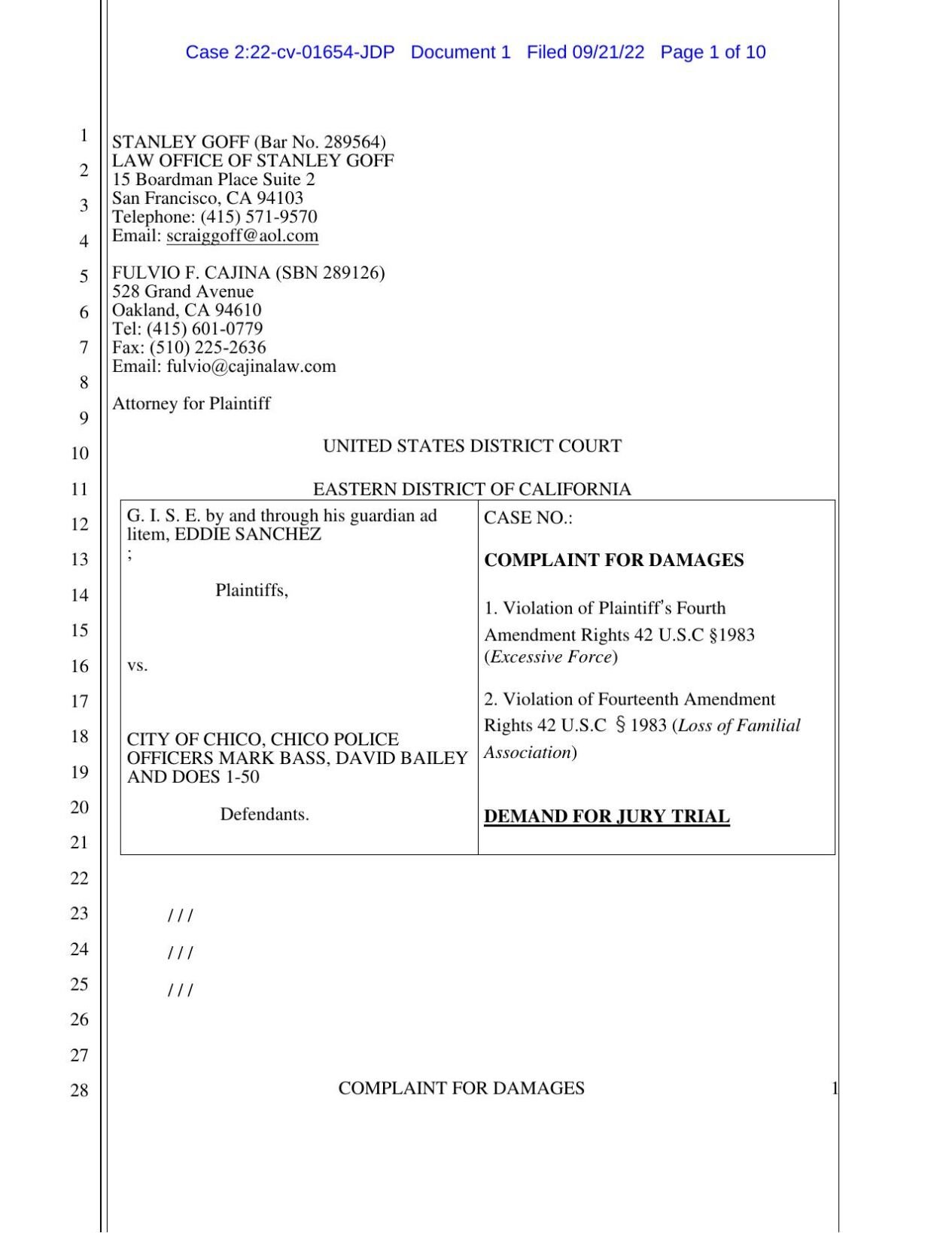 During the encounter, Bass fired three shots, two of which hit Sanchez and killed him, the lawsuit says.

The lawsuit said Bass told investigators that Sanchez was facing the officers and was aiming a pistol at him.

The lawsuit claims that two witnesses told investigators that Sanchez never held a gun. It says a witness watched officers remove Sanchez’s gun from a holster inside his waistband and set it aside.

According to the lawsuit, detectives never questioned the witness for a description of the officer. The lawsuit claims sergeant Scott Ruppel wrote in a report that he retrieved the gun from beneath Sanchez’s body.

The lawsuit claims Sanchez’s fourth and fourteenth amendments were violated.

Interim Chief Billy Aldridge said he cannot comment on the lawsuit as it is pending litigation.

Police: Suspect confesses to stabbing man with his ex-girlfriend out of jealousy