OROVILLE, Calif. - Another Oroville police officer filed a lawsuit against the city in federal court in Sacramento on Thursday.

It was filed on behalf of Oroville Police Sergeant Michael Sears, a Black man.

The complaint outlines a long list of allegations of race discrimination, denial of due process for formal complaints Sears filed within the department, retaliatory actions for filing complaints and other adverse employment actions.

The filing claims that in October of 2018, Sears issued an email to department leadership, including current City Administrator Bill LaGrone, reporting improper conduct, alleging "harassment and hostile work environment" and "mishandling of evidence." 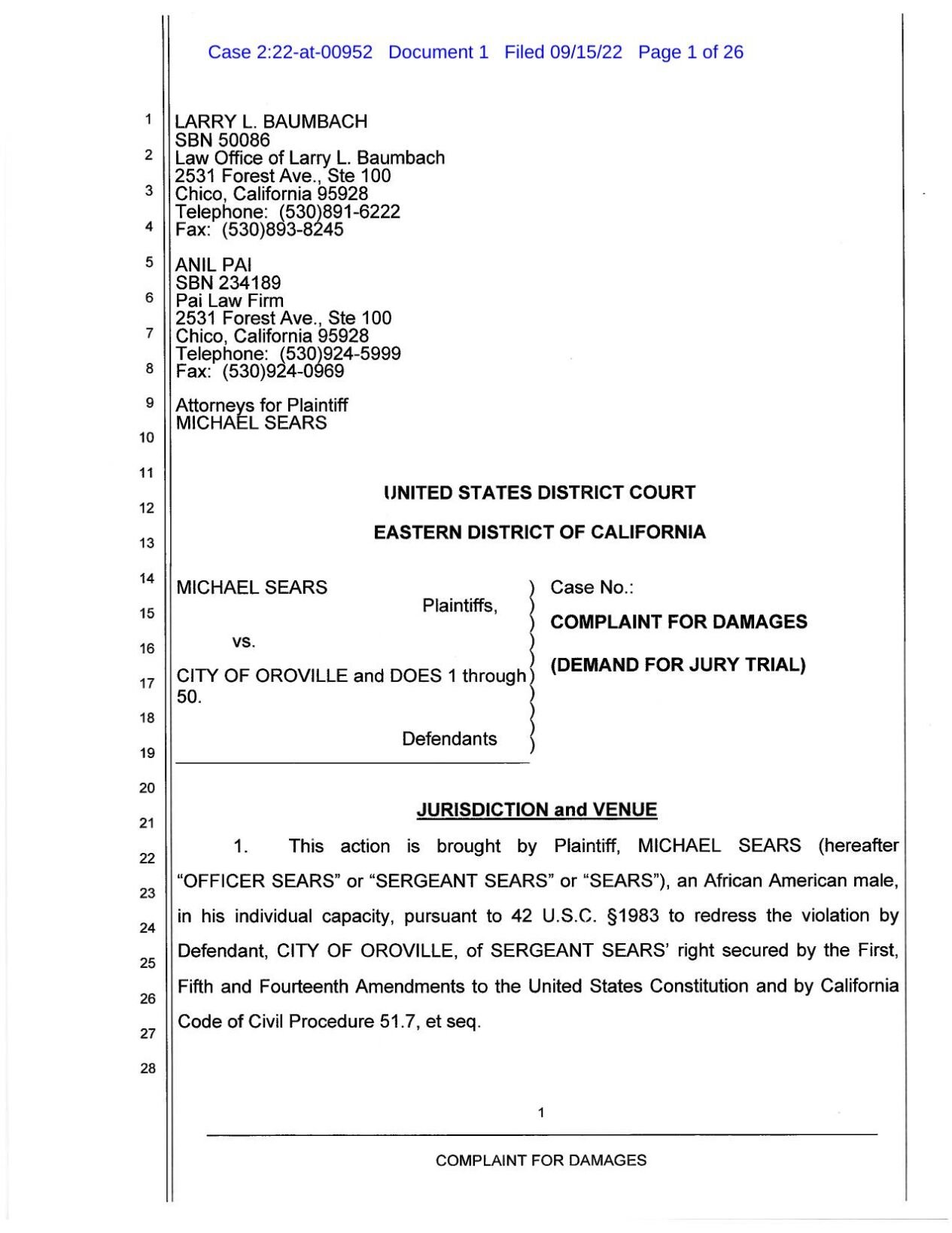 There was also one incident reported involving a rape case in which evidence was placed in an unsecured area and another incident of "mishandling contraband," including leaving meth and a broken meth pipe in a patrol car.

Sears said no action was ever taken but instead, according to the complaint, "department leadership and officers began a campaign of retaliation and retribution."

Sears is currently on unpaid leave after being denied workers comp after an event triggered PTSD.

The lawsuit claims another officer, who is white and not targeted for retribution, received workers comp for the same incident.

He says he's confident he can prove the allegations outlined in the complaint.

Action News Now also reached out to Oroville City Administrator Bill LaGrone for a reaction to the suit. So far, LaGrone hasn't gotten back to us.

We also reached out to the Glenn County Sheriff's Office because the complaint filed on Thursday against the City of Oroville alleges that a former Oroville police sergeant, repeatedly identified in the lawsuit for alleged misconduct, now works as a deputy in Glenn County and is now on administrative leave as the target of criminal investigation in Glenn County.

Earlier this week the Glenn County Sheriff's Office issued a news release stating that an employee has been placed on leave, pending a criminal investigation.

Action News Now tried confirming that this is regarding the former Oroville Sergeant but has not heard back from the sheriff's office.

City of Oroville denies claims made by police officer

The City of Oroville denies claims of racial discrimination and a hostile work environment after a officer filed a lawsuit last week.

Detectives still looking for those responsible in Tatiana Dugger’s murder