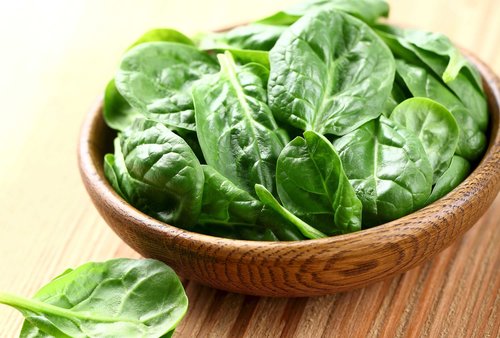 Cartoon character Popeye is known for munching endless cans of...

Cartoon character Popeye is known for munching endless cans of spinach to boost his strength, and new scientific research suggests he might have been onto something.

A study released by Freie Universitat Berlin suggests that ecdysterone, a chemical found in the leafy green vegetable, has a similar effect to steroids and should be added to the list of substances banned in sport, CNN affiliate RTL reported.

The researchers ran a study involving 46 athletes who trained three times per week for 10 weeks. Some were given ecdysterone and others a placebo.

Those who took ecdysterone saw their performance improve by three times as much as those who did not.

'We saw drastic increases in maximum performance in bench press in the group that took ecdysterone,' co-author Maria Parr, a doping researcher at the university's Institute of Pharmacy, told CNN via telephone.

Researchers had expected to see some impact on performance, but were surprised by the extent of the change, she added.

The study was partly funded by the World Anti-Doping Agency (WADA), and researchers recommend that ecydysterone be included on the agency's banned list.

Parr emphasized that ecdysterone can currently be bought legally as a dietary supplement.

Co-author Francesco Botrè, director of the Italian anti-doping agency (FMSI), told CNN that the team are now investigating ways to test for ecdysterone.

Anti-doping agencies are currently not allowed to test for ecdysterone because it isn't on the list of banned substances, he explained.

This, combined with its greater than expected effect on performance, is a worry.

'It's very powerful because it's invisible,' said Botrè. 'It's not on the list.'

Any decision on a future ban would be made by a special committee of WADA experts.

The agency has recently been embroiled in controversy over the September 2018 reinstatement of the Russian anti-doping agency RUSADA.

It was suspended in 2015 following accusations of state-sponsored doping up to and including the 2014 Winter Olympics in Sochi.

This meant Russian athletes were banned from competing under their national flag, but the suspension was lifted following a controversial WADA vote.

One of the conditions of that decision stipulated RUSADA had to hand over data from its Moscow laboratory by December 31 2018.

However the agency missed that deadline, leading to accusations that WADA had been 'played by the Russians.'

Hi: 99° Lo: 65°
Feels Like: 78°
More Weather
The Heat Advisory will stay in place through Thursday evening. Cooler temperatures and the potential for active weather is on the way as we head into your weekend.