Workers across the country calling for racial and economic justice.

REDDING, Calif. - Workers across the country calling for racial and economic justice. On June 17, the American Federation of Labor and Congress Industrial held its national day of action.

People in Redding, joining in on the movement. Workers drove through the city in a caravan, to show their support for essential workers. The caravan made stops At SHASTA REGIONAL Hospital and Redding City Hall.

“All of the members of our delegation, for the most part, are working unprecedented hours.”

The goal is to shed light on racial and economic injustice. But to also call to attention worker’s rights during the coronavirus pandemic.

“The essential workers are a broad range, from construction, through the building trades, to the electrical workers our water workers, our pipefitters, or cement masons,” said Thomas.

“These are classifications of our workers that are represented through the delegation here.”

The caravan was originally planned for June 3.

Hi: 106° Lo: 67°
Feels Like: 99°
More Weather
After a couple days of comfortably cooler than average weather around northern California, highs rose rapidly to more seasonable levels this afternoon. The warming trend will continue through the weekend, too.

Breaking down the executive actions Trump signed on coronavirus relief

The latest on the coronavirus pandemic

Non-profit sends letter of interest for BMX property in Chico

Chico mural honors homeless who have passed away 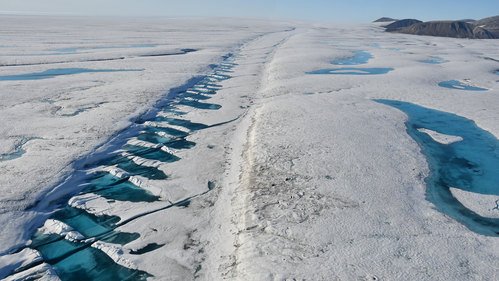 Canadian ice shelf larger than Manhattan collapses into the sea