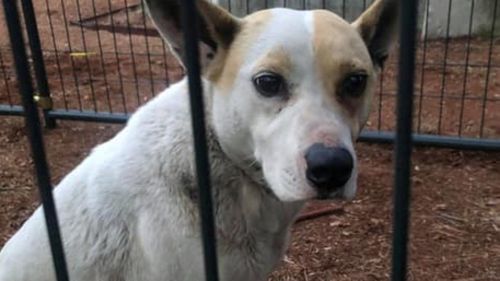 FRAMINGHAM, Massachusetts (WBZ) -- A Framingham dog was reunited with her owner after being missing for five years. Bay, a basenji, went missing while staying with a dog sitter because her owner was away, the non-profit Missing Dogs Massachusetts wrote on Facebook.

Bay was reported missing to the organization in 2016 and there were sporadic sightings of her.

In 2019, there were reports of a wandering dog in Needham. “Many had been feeding the dog as well. It was thought that it was a dog that had an owner and was allowed to roam. Then the dog would go off the grid as they often do.”

Initially, the group thought Bay was a different dog that went missing from Stoughton but that was determined not to be the case.

When the woman who reported the dog in 2019 told Missing Dogs Massachusetts that recently the dog was coming back to her house, volunteers jumped into action.

Along with a Needham animal control officer, two volunteers were able to set up a kennel trap and Bay was caught on Tuesday.

“She is now safe and warm after almost 5 years out there. A microchip helping make the final identification. As you can see, her appearance is much different from years ago,” said Missing Dogs Massachusetts. “No tags any longer. About 9 miles from her home as the crow flies. As you can see, she has not been lacking for meals.”

Hi: 86° Lo: 51°
Feels Like: 76°
More Weather
We've had a mostly sunny valley with a few more clouds over the mountains today, but it's been another beautiful day with warmer highs than yesterday. Much warmer weather is headed our way this weekend... enjoy, but stay cool!

Steven Crittenden sentenced to 63 years to life for 1987 murder of Chico doctor, wife

FedEx: Mass shooter was a former employee of the company

Amazon warehouse in Orland is set to open within a month

CHP confirms one person is dead after crash in South Oroville