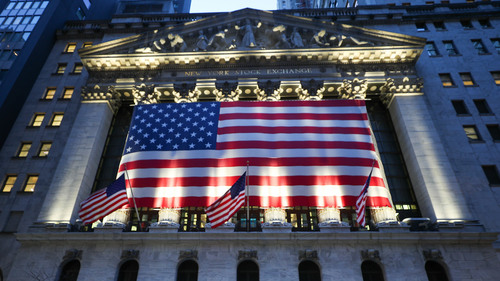 A rally on global markets lost steam Wednesday despite news from Washington that lawmakers had reached agreement on a sweeping $2 trillion economic stimulus...

A rally on global markets lost steam Wednesday despite news from Washington that lawmakers had reached agreement on a sweeping $2 trillion economic stimulus package that will help support companies and workers harmed by the coronavirus pandemic.

Dow futures initially surged but were last down 142 points, or 0.7%, suggesting the index would sink following a rally on Tuesday that saw it notch up its biggest point gain on record and its biggest percentage increase since 1933. Nasdaq and S&P 500 futures also pointed lower.

Asian stocks added to strong gains from Tuesday but markets in Europe pared the advance in afternoon trade. The FTSE 100 added 1.3% in London, while France's CAC 40 increased 1.2% and Germany's DAX shed 1%.

The stimulus package, which still needs to be approved by Congress, would be the most significant legislative action taken by the United States to address the rapidly intensifying coronavirus crisis, which is overwhelming hospitals and slamming the brakes on much of the economy.

The full details have yet to be released. But $250 billion has been set aside for direct payments to individuals and families, while $350 billion will be used for small business loans and $250 billion will fund unemployment insurance benefits. Some $500 billion is allocated for loans for distressed companies.

'Coming on the heels of the central banks, there is increasing optimism that politicians are starting to understand the scale of the economic stop coming our way, as the death toll across Europe and the US continues to rise,' wrote Michael Hewson, chief market analyst at CMC Markets UK, in a research note.

Even so, he noted that most bear markets experience 'sharp and violent counter moves to the upside,' adding that was the case during the 2008 global financial crisis.

Recent upswings 'could well be another bull trap, and an opportunity to sell at better levels, if politicians disappoint,' Hewson added.