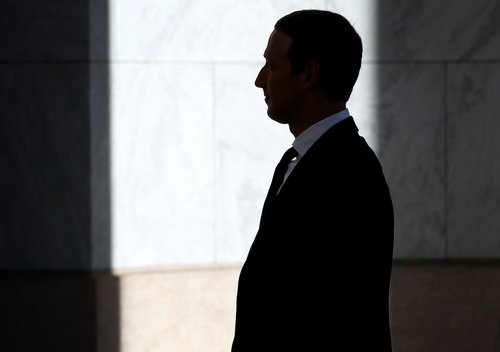 The state of California revealed Wednesday it is investigating Facebook over the technology giant's privacy practices, complaining in a court filing that the...

The state of California revealed Wednesday it is investigating Facebook over the technology giant's privacy practices, complaining in a court filing that the company has failed to comply with multiple requests for information.

The investigation, which had not been previously disclosed, has been underway for more than a year. Its existence was confirmed Wednesday when California Attorney General Xavier Becerra, in a court filing, said Facebook should be forced to cooperate with the investigation.

'If Facebook had complied with our legitimate investigative requests, we would not be making this announcement today,' Becerra said. 'But our work must move forward.'

In a statement, Will Castleberry, Facebook VP of state and local policy, said: 'We have cooperated extensively with the State of California's investigation. To date we have provided thousands of pages of written responses and hundreds of thousands of documents.'

The probe's public disclosure adds to the list of legal and regulatory headaches staring down Facebook, which has come under fire for its policies on political speech and its handling of user data. A separate, multi-state antitrust investigation into Facebook is being led by New York Attorney General Letitia James. Earlier this year Facebook disclosed it's involved in another investigation by the Federal Trade Commission, after the agency reached a $5 billion settlement with the company over privacy matters.

Since last June, California's investigation into Facebook has involved two subpoenas containing more than a dozen sets of questions and several requests for documents. The demands called for Facebook to produce information about its privacy settings, developer policies and even communications involving top executives such as CEO Mark Zuckerberg and COO Sheryl Sandberg.

'What initially began as an inquiry into the Cambridge Analytica scandal expanded over time to become an investigation into whether Facebook has violated California law,' the filing reads, 'by, among other things, deceiving users and ignoring its own policies in allowing third parties broad access to user data.'

But in Wednesday's filing in California Superior Court, Becerra accused Facebook of slow-walking its response to his investigation. Facebook failed, it said, to provide answers to 19 sets of questions and records in response to six document requests. Facebook has also declined to provide copies of the executive communications, according to the filing.

'Facebook's delays and refusals to comply with the Attorney General's interrogatories and subpoena should not thwart this important and independent investigation into whether the company violated its users' privacy and California law,' it said.