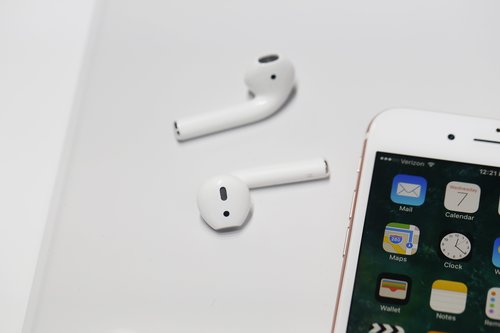 One of Apple's most popular products may soon be getting a high-end counterpart.The company is expected to launch AirPods Pro, with a new metal design...

One of Apple's most popular products may soon be getting a high-end counterpart.

The company is expected to launch AirPods Pro, with a new metal design, advanced sound quality and a $260 price tag, at a press event later this month, according to the China Economic Daily. AirPods currently start at $159.

Earlier this year, Apple analyst Ming-Chi Kuo said two models of the popular Bluetooth earbuds were likely to hit production by the end of the year and launch in the first quarter of 2020.

The move would be in line with Apple's strategy to roll out premium version of its most popular products, as it's done with Macs, iPhones and iPads.

But it's been years since a gadget has won over users the way AirPods have. Although the design was originally mocked--some said they looked like electronic toothbrushes dangling from ears--it's amassed a cult-like following since its 2016 debut. Countless knockoffs exist, including a pair that doesn't even play music and serves as a fashion statement.

The company declined to share how many AirPods it's sold to date, although CEO Tim Cook previously called the demand "phenomenal." Analyst Neil Cybart, founder of Above Avalon, a website focused on Apple analysis, estimates Apple has sold 59 million pairs of AirPods -- 34 million over the past 12 months alone, signaling an impressive 85% year-over-year growth.

"AirPods are literally hanging out of people's ears; they're nearly impossible to miss when worn," Cybart said. "Since the lack of wires make AirPods useful for outdoors activities, including walking and running, they are bound to be seen in people's ears while out and about."

AirPods owners have notoriously gone to extreme measures to save fallen earpieces or replace lost ones. New York City subway passenger Ashley Mayer livetweeted the rescue of her AirPods from the train tracks with help from a broom and tape. (The MTA has since warned passengers not to retrieve dropped AirPods from train tracks.) Apple analyst Gene Munster recently told the Wall Street Journal he's already gone through 10 pairs.

"It seems that a product that was once derided has now become the must-have device," said Ramon Llamas, research director of IDC. "[Consider] what Apple has done to make this possible: by removing the audio jack from the iPhone ... Apple practically forces people's hands to get the AirPods too. And because the quality has been very good -- look at the reviews and you'll see that they are close to 5 out of 5 stars -- it's hard to argue against getting them."

The popularity of AirPods brought truly wireless headphones to the mainstream. In turn, they've forced manufacturers to improve their own offerings in terms of sound quality, fit, and battery life, and in some cases, offering foreign language translation and health and fitness capabilities. It also ignited a market for accessories, such as case covers. "It has driven competition, but it has also driven market advances," Llamas said.

Other companies, such as Sony, Bose, Philips, Samsung and Jabra offer similar devices with a smaller form factor at a similar cost. Most recently, Amazon unveiled wireless earbuds with built-in Alexa and Microsoft teased its Surface earbuds with voice assistant Cortana, which will be released later this year.

Even so, analysts believe Apple has a distinct advantage.

"One factor that will make it very difficult for other companies, including Amazon and Microsoft, to compete with AirPods is that success in wearables requires ecosystem strength and design and fashion expertise," Cybart said. "It's not enough just to sell a pair of wireless headphones -- companies need to sell a selection of wearable tools targeting different parts of the body. Developing wearable devices that people want to wear and be seen wearing is not easy and requires empowering designers."

Without a full ecosystem, he argues Apple competitors will instead need to target niche segments of the wireless headphone market.

Stephanie Tomsett, an analyst at tech advisory ABI Research, noted that sales growth for the devices has increased as they become more visible. "A large amount of the excitement around AirPods is based on brand loyalty, with many long-term iPhone users looking to use the same brand for multiple other devices," she said. "It is likely that the new features expected on the AirPods Pro will attract more consumers who are looking for the additional functionality from a brand that they are familiar with."

Hi: 78° Lo: 55°
Feels Like: 68°
More Weather
Rain showers and a good chance for thunderstorms are on the way for your Friday night and Saturday forecast. We'll also be much cooler and have gusty South winds this weekend. Some showers are possible early next week, but dry and warmer weather returns for the middle of next week.