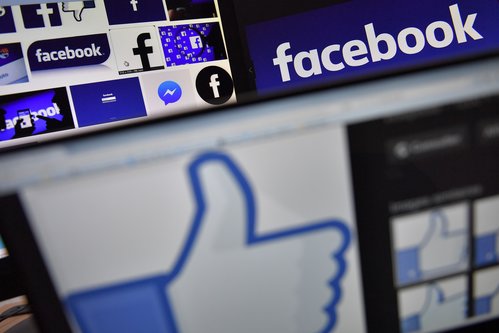 FBI Director Christopher Wray said Facebook is at risk of b...

FBI Director Christopher Wray said Facebook is at risk of becoming a "dream come true" for child pornographers if it follows through with a plan to encrypt all of its users' messages.

"This is incredibly concerning, to put it mildly," Wray said in a speech at the Justice Department Friday morning. "When it comes to protecting children we're at a real inflection point and we risk falling off the cliff."

The swipe at the social media giant came as law enforcement officials have redoubled their efforts against a trend by technology companies towards data privacy that has hampered police abilities to access potential evidence.

US Attorney General William Barr and top officials from the United Kingdom and Australia on Thursday wrote to Facebook with a formal request for the company to abandon its encryption project.

On Friday, at the start of a full day conference on encryption and child abuse, Wray described how images and video of child pornography traded between abusers on Facebook -- critical elements in building a child pornography case -- could be lost if the platform encrypted communications.

Currently, Facebook is the main provider of leads to the National Center for Missing & Exploited Children, sending more than 90% of the 18 million referrals the agency gets every year, Wray said.

But under Facebook's proposed privacy plan, the company will lose avenues to see the content of those messages, restricting access to only certain pieces of metadata, like where and when messages are sent. That's expected to reduce the number of tips they send in by 70%, the Justice Department says.

"We will find ourselves laboring only on the tip of the iceberg, working on a small number of cases that authorities actually learn about, while the vast bulk of the kids who really need us then remain out of view hidden below," Wray said.

"Facebook would transform from the main provider of child exploitation tips to a dream come true for predators and child pornographers: a platform that allows them to find and connect with kids and like-minded criminals with little fear of consequences," he said.

In a statement to CNN Thursday regarding the Justice Department letter, a Facebook spokesperson said the company respects and supports law enforcement's work to keep people safe, but added that they "strongly oppose government attempts to build backdoors because they would undermine the privacy and security of people everywhere."

More than 50 civil liberties groups came to the company's defense on Friday, signing on to an open letter that urged Facebook to stand strong in the face of the governments' pressure campaign.

"Given the remarkable reach of Facebook's messaging services, ensuring default end-to-end security will provide a substantial boon to worldwide communications freedom, to public safety, and to democratic values, and we urge you to proceed with your plans to encrypt messaging through Facebook products and services. We encourage you to resist calls to create so-called 'backdoors' or 'exceptional access' to the content of users' messages, which will fundamentally weaken encryption and the privacy and security of all users," the groups wrote.

Barr took issue with the term "backdoor" at the Justice Department conference Friday, calling it one of many "canards" that have been pushed by privacy groups throughout the long-running debate over encryption.

"We are seeking a front door," Barr said. "We would be happy if the companies providing the encryption keep the keys. What we are asking is that some responsible party have the keys so that when we can demonstrate a lawful basis - probable cause that crimes are being committed - we can gain access to that evidence."

Hi: 54° Lo: 43°
Feels Like: 52°
More Weather
Fog is possible this morning with showers in the afternoon. This weekend widespread showers are expected.