Here are the top 10 latest developments on Trump, Ukraine and China 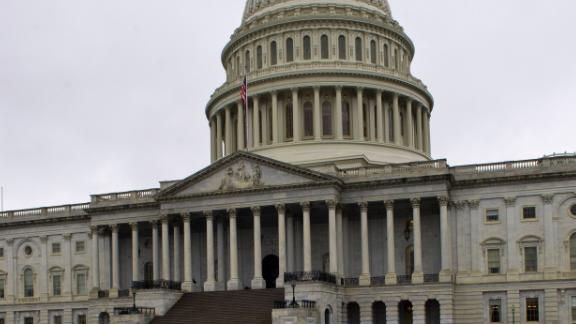 Attack, attack -- Trump's overt effort to normalize foreigners interfering in US elections goes along with his increasing attacks on Democrats; he says House Intelligence Committee Chairman Adam Schiff is a "lowlife" and a "liar." He attacks the whistleblower as totally wrong, but he's admitted the rough transcript of his phone call, which is the bulk of the whistleblower complaint, is completely right.

Make it normal -- And by publicly doing what he did on the phone transcript, Trump's trying to make it OK.

Repeat it over and over because it worked last time -- "It worked with the Mueller investigation in a lot of ways," said New York Times reporter Michael Shear on CNN's Inside Politics. "He spoke so many words about it. He literally made it such an everyday occurrence that by the end of it, people were kind of numbed and it was normal and he exhausts you... and it's not impossible to imagine the same thing could happen here where, a week from now, two weeks from now, a month from now, two months from now, we're all just sick and tired of Ukraine."

Will Republicans buy it? -- Republicans have mostly held their noses when it comes to concerns about Trump's interactions with foreign leaders. The key question going forward in this impeachment inquiry is whether they -- especially those in office, but also those who vote -- buy into the idea that it's okay to ask foreign governments for political oppo.

A favor from China, too

Asked what he wanted from Ukraine's President, Trump said: "It's a very simple answer. They should investigate the Bidens. Because how does a company that's newly formed and all these companies, if you look -- by the way, likewise, China should start an investigation into the Bidens."

What it means: Trump either truly does not understand that a President should not be coordinating with foreign powers or he's trying to make it OK by saying it over and over again and in public. See! He's not trying to hide a thing! Except it's still not OK according to US law.

What does he want for it: The subtext for every Trump interaction with China is the trade war he started with that country and the trade deal he hopes to secure with it before he faces reelection in 2020. So it's a serious question, as he negotiates with China, whether he'd trade something for an investigation into Biden.

Note: There is still no evidence of any wrongdoing by either Biden. But the entire apparatus of conservative media and Republican Trump supporters are turning around to aim directly at Biden and his credibility. This is going to be their mantra.

Why not ask China for help?

Biden supporter Nick Burns, a former career diplomat who worked for Republicans and Democrats at the State Department, explains on CNN:

"The President is asking this morning China, an authoritarian dictatorship to investigate former Vice President Joe Biden who I'm supporting in this campaign. That is corruption. No prior president would ever go there. It's legally wrong. It's morally wrong. And the President has to hear that from people on Capitol Hill, especially from Republican senators and Republican members of the house. His own party."

House Intelligence Committee chairman and Pelosi's impeachment front man Adam Schiff is quickly becoming the top target both for Trump and his supporters on Capitol Hill.

First, Schiff read satirical quotes attributed to Trump at a House hearing with the director of national intelligence.

On Thursday, Trump called Schiff a liar and he and other Republicans called on Schiff to resign from his committee and the impeachment inquiry. More

House Minority Leader Kevin McCarthy called for a halt to the impeachment inquiry unless certain demands are met, including a vote to officially authorize the inquiry and subpoena power for Republicans, as minorities had in previous impeachment efforts. He had other demands, but since House Speaker Nancy Pelosi moved to the inquiry without a vote and by fiat, it's unlikely McCarthy's letter will have any effect.

John Dean, the Watergate whistleblower, writes for CNN about how he was protected by the US Marshal's Service when he was about to drop a dime on Nixon. He says the whistleblower today should get the same treatment, except quietly, since he's concerned about Bill Barr -- the top law enforcement official in the country -- or Trump -- the President -- knowing about it.

After Trump's plea to China and Ukraine, FEC Chair Ellen Weintraub retweeted herself from this summer.

"Let me make something 100% clear to the American public and anyone running for public office: It is illegal for any person to solicit, accept, or receive anything of value from a foreign national in connection with a U.S. election," Weintraub said back in June. "This is not a novel concept."

If an investigation into his rival is of value to Trump, his request to China and Ukraine would be illegal.

What to watch for: Details about the additional information supporting the whistleblower Atkinson uncovered.

Hi: 54° Lo: 43°
Feels Like: 52°
More Weather
Fog is possible this morning with showers in the afternoon. This weekend widespread showers are expected.