City opening door to some non-U.S. citizens to serve community 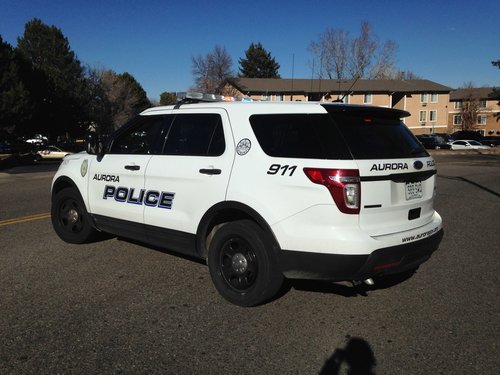 Aurora (KCNC) -- In Aurora, police and fire departments are opening their doors to new applicants who never would have qualified before. For the first time ever, non-U.S. citizens, who are on the pathway to citizenship, are eligible to apply.

The Aurora Civil Services Commission made the decision in July, and the change has been in effect ever since. One idea behind the change is it adds to the pool of applicants.

Aurora is constantly trying to hire the same people as other nearby cities, and the change could give a slight advantage in recruiting.

“We would actually be one of the very few major city police departments that are allowed to hire non-U.S. citizens,” said Harry Glidden, Division Chief with Aurora Police.

In July, Aurora Police and Aurora Fire Rescue started accepting applications from non-citizens who are on the path to citizenship. That includes relatives of citizens, armed forces members, and people seeking asylum or refuge who’ve been in the U.S. for at least one year.

“We’re one of the most diverse cities in America, so for us to be able to tap into that and to really be able to have a better connection with the communities that we strive to partner with, I just think is a positive thing,” Chief Glidden said.

One interested Aurora resident is Walid Alani. Unhappy with the political situation in Iraq, Alani moved his family from Baghdad to Colorado in 2017.

Alani tells CBS4 he worked for the U.S. State Department while in Baghdad, but had little luck finding jobs in America.

“I know I have the experience and I have the knowledge. It’s the fact that I don’t have the immigration status that will allow me to take a job like that,” Walid said.

One place Alani applied was the City of Aurora. He now works for a refugee organization in Aurora and may soon have his green card.

He tells CBS4 he thinks many immigrants would jump at police or fire career – including himself.

“I would like to pay back to this community,” Alani said. “This is a wonderful community that’s taken us in, myself and my family, and this would be something in paying back to the community.”

Not only are the departments seeing new applicants, they tell CBS4 they’re reaching out to people who applied in the past and didn’t qualify because of their immigration status.

Each applicant will go through the same process and background check as any previous applicants.

Hi: 101° Lo: 63°
Feels Like: 87°
More Weather
Today was hot and tomorrow will be as well. But slightly below average temperatures move in as we see a dip in the jet stream.

Sierra Nevada Brewery closes its doors to the public through October

Oroville fireworks show to go on, how are they keeping risks to a minimum

Where fireworks are legal in the North State