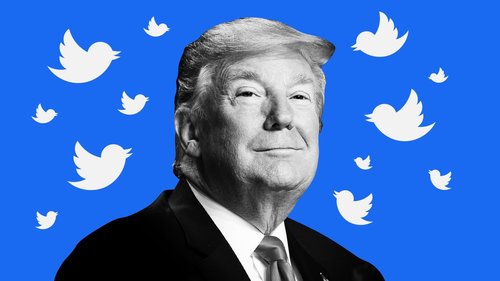 He may be President, but he's not allowed to do one thing on Twitter: Block users he disagrees with.That, at least, is according to a new US Circuit...

He may be President, but he's not allowed to do one thing on Twitter: Block users he disagrees with.

That, at least, is according to a new US Circuit Court of Appeals ruling Tuesday that said Donald Trump limiting users' access to his Twitter account (by blocking them) is unconstitutional. Because he's cutting off access for those with whom he disagrees, Trump "engaged in unconstitutional viewpoint discrimination," according to the ruling.

The President's use of his personal Twitter account is unprecedented, using the platform to break news, reverse plans and single out political foes. And he's been on the site for more than a decade, joining all the way back in March 2009. All that has created a unique set of challenges for the largely unregulated platform.

Just last month, Twitter announced it would begin labeling and demoting tweets from world leaders that violate its rules, including dehumanization, degradation and the glorification of violence. The move didn't single out Trump by name ... but it's pretty easy to connect the dots.

The President has had a bone to pick with the site, arguing that Twitter and Facebook are biased against him and fellow conservatives. He has gone so far as to claim Twitter was limiting who could follow him.

Trump will have a chance to air his grievances in more than 280 characters later this week. He's hosting a social media summit at the White House, though Facebook and Twitter will reportedly not be there.