Here's what you need to know about the US-Iran crisis 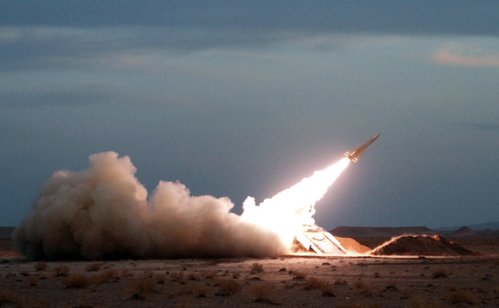 Tensions between the US and Iran are at their highest level in years after...

Tensions between the US and Iran are at their highest level in years after Tehran shot down an American drone last Thursday.

The confrontation has raised fears that a conflict between the two countries would quickly spiral into a wider war that could consume the entire region.

Here's a look at how we got here.

Why is this happening now?

The roots of the latest Iran-US crisis go back to 2018, when US President Donald Trump walked away from the Iranian nuclear deal, one of the signature achievements of his predecessor Barack Obama, and reimposed harsh sanctions on the country.

Iran has since threatened to exceed enrichment limits allowed under the nuclear deal and is accused by the US of taking actions across the Middle East, designed to put pressure on the Trump administration.

The downing of the US drone is just the latest in a series of provocations between the two nations. The US has also blamed Iran for explosions on two oil tankers last week on one of the world's most vital strategic shipping routes, the Strait of Hormuz, as well as on four commercial ships off the coast of the UAE last month.

Iran has categorically denied responsibility for the ship attacks.

The Strait of Hormuz -- which is only 21 miles wide at its narrowest point -- is the only way to move oil from Persian Gulf producers to the world's oceans, which is why the attack on the two ships in the nearby Gulf of Oman was such a concern.

Tensions in the area affect oil prices and if the strait were closed due to the threat of ongoing attacks, it could dramatically impact the world economy.

Relations between the two nations appeared to take a dangerous turn last week, when the Trump administration announced the deployment of 1,000 additional troops and extra military resources to the Middle East.

On Monday, in part to retaliate after the downing of the US drone, Trump imposed "hard hitting" sanctions on Iran which will deny the country's Supreme Leader Ayatollah Ali Khamenei, his office "and many others" access to financial instruments.

In response, Zarif tweeted that it was now clear that Iran hawks, that he calls the "B Team," are "not concerned with US interests -- they despise diplomacy and thirst for war."

Before Trump signed the executive order, a senior Iranian official said the country sees "war and sanctions as two sides of the same coin," and stressed that the nation would not be forced into negotiations.

What happened with the drone?

On Thursday, Iran's Revolutionary Guard said it had shot down an "intruding American spy drone" after it entered into the country's territory.

While the US confirmed a drone had indeed been brought down, the Trump administration insists the incident occurred in international airspace over the Strait of Hormuz.

Tehran's downing of a US drone was a warning that the Iranian army forces are capable of countering any "foreign aggression," the head of Iran's Revolutionary Guard Corps Maj. Gen. Hossein Salami said.

He released a strongly worded statement Thursday saying the nation did "not want war with any country," but it was "completely, and totally, ready and prepared for war." This sentiment did not go down particularly well with Trump, who tweeted that "Iran made a very big mistake."

However, the President later downplayed those words, calling the shootdown "a new wrinkle, a new fly in the ointment" and that he found it "hard to believe it was intentional."

Both Washington and Tehran continue to argue over the location of the downing, with Iran maintaining it was shot down over its territory.

Foreign Minister Javad Zarif tweeted a timeline of the incident Thursday, which included coordinates of where he says the drone was targeted.

The US countered Iran's claims with its own coordinates, suggesting the drone had instead been flying in international airspace -- at a point around nine nautical miles southwest of Iran's coordinates.

Why is everyone talking about international waters and airspace?

The precise location of where the US drone was shot down has become a key point of contention.

Iran is likely to be able to legally justify its response in shooting down the drone if it had indeed violated sovereign airspace, especially if it was engaging in "spying and information gathering."

It could then use the justification of self-defense -- walking a fine line between sending a signal to the Trump administration, while also avoiding military retaliation.

"The Iranians are clearly trying to demonstrate their ability to defend themselves and to deter further American action. They probably assumed that by targeting a drone, they could send that message at minimal risk," said CNN's military analyst John Kirby, a retired Navy rear admiral.

How close is the US to war?

Trump is now caught between Republicans demanding a response to the downing of the drone, and congressional Democrats warning that the president could lose control of the situation and lead the US into war.

Overnight Thursday, Trump abruptly called off military strikes against Iran after previously approving them in retaliation for the drone shooting.

"We were cocked & loaded to retaliate last night on 3 different sights," Trump tweeted on Friday.

"10 minutes before the strike I stopped it."

Causing so many casualties, he added, would not have been "proportionate to shooting down an unmanned drone."

The US military targets would have been a limited set of Iranian radars and missile batteries, a US official with direct knowledge of the matter told CNN, who spoke on the condition of anonymity due to the sensitivity of the information. No US weapons had been launched when the decision was made to call it off.

The last time the US went to war in the Middle East was 2003 in Iraq. But a war with Iran would likely look different, with Iran possibly using its networks of regional proxies to target the US and its allies far from Tehran.

While by every conventional military metric the US would outgun Iran, America's biggest vulnerability is regional stability and the cost to the global economy -- which is what Iran is counting on.

While the US may be able to count on Israel, Saudi Arabia and the United Arab Emirates if it wanted to act on recent tensions with Iran, it won't find many other eager volunteers, CNN's Ben Wedeman reports.

The Trump administration alienated European allies by walking away from the Iran deal last year. The French and Germans in particular are unlikely to back military action, and the United Kingdom -- consumed by Brexit -- probably won't have the appetite either, says Wedeman.

Even with the help from Israel, Saudi Arabia and the United Arab Emirates, the US won't come near to the firepower and political support President George W. Bush was able to muster in his "coalition of the willing" during the 2003 invasion of Iraq.

Meanwhile, Iran has plenty of potential resources at its disposal, including Hezbollah in Lebanon, the Houthis in Yemen and an array of militias in Iraq. Tehran may also be able to call on its close ties with Syria, after helping to keep President Bashar al-Assad in power.