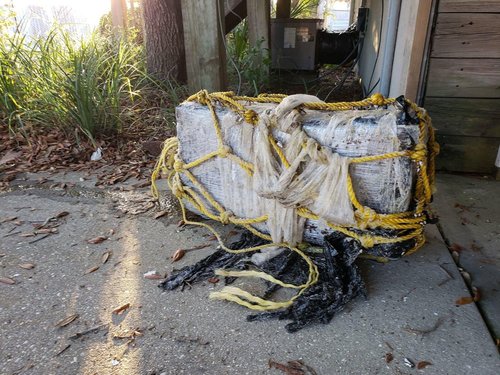 Orange Beach, AL (WALA) -- Orange Beach Police and several federal agencies are investigating after police said more than a million-dollars’-worth of illegal drugs washed up on the beach before Memorial Day weekend. It happened between Tuesday and Thursday and was reported by beachgoers. The drugs included marijuana and cocaine.

Police said they recovered 21 pounds of marijuana and 39 kilos of cocaine, which is equivalent to 86 pounds. It was found washed up on the beach with barnacles growing on the packaging so investigators said they think it was in the water for quite a while. This kind of discovery is not common along this part of the gulf coast and those visiting that stretch of beach on Memorial Day were very surprised to hear about it.

“I mean, it’s such a family-friendly beach, you wouldn’t hear of that or think that would happen out here,” said Nick Rodriguez. “That’s pretty crazy. It’s a lot.”

The first call came in to police on Tuesday, May 21, 2019 when someone on the beach in front of Lei Lani Condominium found a package containing 21 pounds of marijuana and a kilo of cocaine. Police picked up the drugs, but then got another call early Thursday when another beachgoer found a large bundle on front of Phoenix 10 Condominium, near the Flora-Bama Lounge. Police said that bundle contained 38 kilos of cocaine.

“It’s surprising for this area. You never really see that around here,” said Chris Yancey from Pensacola. “It’s not that kind of beach…not along the normal lines I guess you would think so it’s kind of shocking.”

Investigators said they don’t know where the drugs came from, but federal authorities are also involved in the investigation. Police said all of the drugs that washed up have been recovered, which was a relief to those on the beach.

“Man, I hope my kids don’t get in it you know? That’s what I’d hope,” explained Billy Tharpe when asked what he would do if he found drugs washed up on the beach. “There’s a lot of kids out on the beach here right now, brother. You don’t want them getting into any of that mess…one of them opens up and you got kids in the water.”

Several federal agencies have joined in the investigation. They include the Department of Homeland Security, US Customs and Border Protection and the US Coast Guard.

Hi: 66° Lo: 43°
Feels Like: 63°
More Weather
It was a bright and breezy Friday for northern California, however the wind has been much stronger over Modoc County where a High Wind Warning is in effect through this evening. Stronger wind and cooler air will define our weather Saturday.

Here's what you can expect to get from the $1.9 trillion House stimulus

Couple reunites after months of separation because of coronavirus