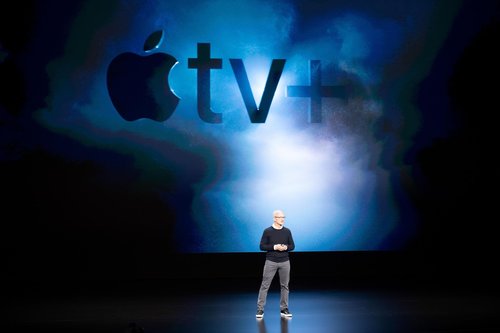 Apple released its newly redesigned TV app on Monday and it will be available in over 100 countries.The new update, which was first announced at the c...

Apple released its newly redesigned TV app on Monday and it will be available in over 100 countries.

The new update, which was first announced at the company's star-studded event in March, allows consumers to subscribe to TV channels, such as HBO, Showtime and Starz. Apple plans on adding more channels over time, the company said in an announcement on Monday.

Apple introduced some features that are sure to appeal to users. Family Sharing allows up to six family members to share subscriptions to Apple TV channels and users can download content that they can then watch in offline mode. This means Apple TV app is the "the first and only place where HBO subscribers can download movies and shows such as 'Game of Thrones' for offline viewing."

The Apple TV app's new look is very similar to other popular streaming services like Netflix. It includes content carousels, tabs and recommendations.

Apple offers personalized recommendations of shows and films from more than 150 video apps and streaming services as well as a new Kids section.

The new app will also eventually be home to Apple's new original programming via its streaming service, AppleTV+.

AppleTV+ will include an array of original content including two docu-series from Oprah and "The Morning Show" with Reese Witherspoon and Jennifer Aniston (disclosure: CNN's Brian Stelter is a consultant on "The Morning Show").

Other Hollywood heavy hitters like Steven Spielberg and J.J. Abrams are also working with Apple.

The company is reportedly spending $1 billion a year on its own content.