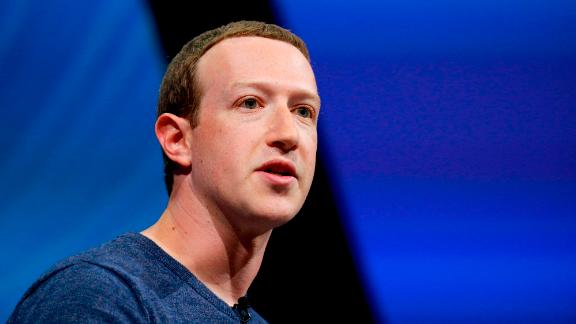 Facebook's Mark Zuckerberg wrote an op-ed calling for regulators to play a "more active role" in establishing rules for the internet.

Facebook is developing a new section devoted to curating "high quality" and "trustworthy" news, chief executive Mark Zuckerberg said on Monday. And, according to a person familiar with the conversations, executives have discussed possibly launching it by the end of 2019.

The new section, Zuckerberg said, would be modeled after Facebook's existing "Watch" tab, a section on the platform that hosts videos and original programming. It would be separate from News Feed which would remain unchanged, meaning users would still be able to share and find news there.

"Because that has started to grow really quickly, and that's a lot of video that now people use through our services, we've decided that there really is an opportunity to do something like that with news as well," Zuckerberg explained in the discussion with Mathias Döpfner, chief executive of news publisher Axel Springer.

Zuckerberg said he envisioned the news destination as a place "10, 15, maybe 20-percent" of Facebook users would use, giving the company "the ability to dramatically increase" the distribution of high-end journalism. He described it as a place that would be both personalized and curated.

"So, of course anything that we do is going to be personalized," Zuckerberg said. "But there's a question I have, which is, what is the right level of curation that we should have in order to — we're not going to have journalists making news — but I think what we want to do is make sure that this is a product that can get people high quality news, right?"

While Zuckerberg might not envision hiring journalists to produce original work for Facebook, the person familiar with the internal conversations said that discussions are currently underway about potentially hiring a small team of journalists to curate the news in the new section.

In building the new feature, Zuckerberg outlined three principles he said he wants to stick with. First, he wants to build the product in a "consultive way" in which "experts in the field" have the opportunity to provide feedback. Second, he wants to improve monetization for publishers from News Feed. And finally, he wants to foster an "online ecosystem" in which "new types of journalism can thrive."

The possibility for increased monetization is likely to catch the eye of publishers. Zuckerberg said Facebook "should be thinking" about the possibility of paying publishers license fees, an idea that has been floated by news executives.

"I think that makes sense and there's a lot of details to work out but it's one of the things I'm optimistic that could make this more sustainable," Zuckerberg said.

That said, some publishers are likely to be skeptical of Zuckerberg's plans, given Facebook's fraught relationship with media organizations. Some leaders in the news industry have said Facebook has undermined their business models, and others have even blamed the company's shifting strategies for putting them out of business.

Zuckerberg's announcement comes after Apple's major foray into news, with the launch of a subscription service last week.

Hi: 77° Lo: 49°
Feels Like: 55°
More Weather
Clouds will linger tonight and temperatures will be mild for the start of your Friday. Sunny, dry, and warmer weather is ahead for your Friday and Easter Weekend.

Reports of shooting vandalism in Oroville followed by arrest