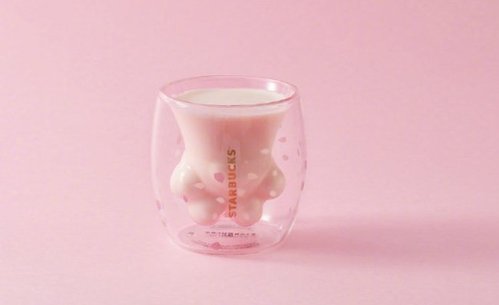 Starbucks is having to defend its marketing strategy in China — and all because of a cat cup.The company released a limited edition "Cat Paw Cup" in...

Starbucks is having to defend its marketing strategy in China — and all because of a cat cup.

The company released a limited edition "Cat Paw Cup" in China this week, a double-walled tumbler with an interior shaped like a cat's paw. When a drink is poured into it, the paw shape becomes apparent.

Customers went gaga for the quirky products. An unspecified number of them went on sale Tuesday, priced at 199 yuan each ($30). They sold out in less than a day. Videos emerged of people brawling in Starbucks stores to get their hands on one.

The cute cups became such a hot property that Chinese internet users and state media began suggesting that Starbucks was trying to artificially drive up demand. In a social media post, the company denied the claims and said it would sell all the remaining cups in a single online sale Friday.

The episode shows the tricky balancing act brands face when they try to generate buzz with a marketing stunt.

"This is a great example of the dark side of viral marketing," said Benjamin Cavender, an analyst at China Market Research Group based in Shanghai. On the plus side, he said, the frenzy over the cups shows strong interest in the brand "and a willingness for consumers to show up at Starbucks stores, money in hand."

Starbucks has launched limited edition products in key markets around the world for years. High demand has left customers disappointed in other markets too, most recently in the United States with the release of limited edition red cups during the holiday season last year.

It was unclear what sent some Chinese customers over the edge about the cat cups, beyond the fact that they were cute and in short supply.

China is Starbucks' second largest market after the United States. The company is aiming to open thousands more stores across the country in the coming years and is trying to fend off fierce competition from local startup Luckin Coffee, which has grown rapidly by catering to Chinese consumers' enthusiasm for ordering through their smartphones.

Sold out in less than a second

Starbucks has been stepping up its own digital presence in response. It launched a virtual Starbucks store in China in December in partnership with e-commerce giant Alibaba. Customers can order coffee for home delivery, buy merchandise and gift drinks vouchers to friends all on one platform.

After the cat cup craze erupted this week, Starbucks announced Wednesday that it would sell 1,000 of them on its e-commerce store every afternoon from Thursday through Sunday.

The company recognized the hype surrounding the cups and opted for an "exclusivity play" between its physical and online stores, said Andrew Atkinson, an analyst with research firm China Skinny based in Shanghai.

But the first batch of 1,000 cups sold out in less than a tenth of a second, an Alibaba spokesperson told Chinese media. That fueled accusations of "hunger marketing," a term in China that refers to deliberately limiting supplies of a product to dramatically drive up demand.

Starbucks insisted that the marketing plans for the cat paw cup were no different from those for its previous limited edition products. The company announced it would sell the remaining 3,000 cups online in one fell swoop on Friday afternoon.

They sold out in under one second.

"There is a lesson here," said Cavender. "Companies that sell limited run products and have an ecommerce presence in China need to be able to adjust very, very quickly to consumer demand ... otherwise they can quickly raise consumer ire."

Hi: 68° Lo: 47°
Feels Like: 54°
More Weather
A dry and warmer than average Presidents' Day and work week is expected as high pressure dominates our weather. High temperatures will make the mid to upper 60s and the next chance for rain isn't until next Sunday.