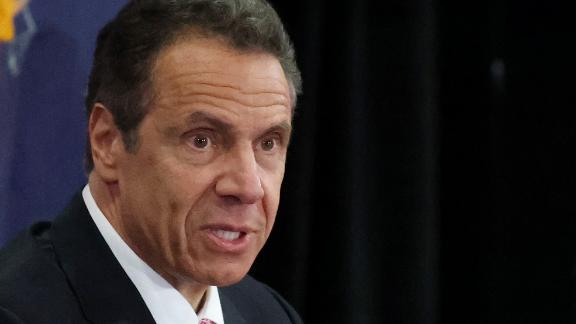 New York Governor Andrew Cuomo (D) says that he has been encouraging major New York sports teams to plan reopenings without fans amid the coronavirus pandemic.

By Memorial Day weekend, every US state will have begun lifting measures enacted weeks ago to curb the spread of coronavirus. Many governors have already pushed into a second phase of restarting their economies, with some states now allowing restaurants, retailers and personal service shops to reopen their doors.

By now, all states but Connecticut have in some way begun loosening their restrictions. On Monday, Massachusetts entered the first phase of their reopening plan, giving the green light to manufacturing facilities, construction sites and places of worship as long as they abide by certain restrictions.

And Connecticut will follow suit on Wednesday, when outdoor dining spaces, offices, retail stores and malls, museums and zoos will all be allowed to reopen with restrictions.

Yet as of Tuesday, at least 17 states have recorded a clear upward trend of average new daily cases -- a rise of at least 10% -- over the past seven days, according to an analysis based on data from Johns Hopkins University.

So far, more than 1.5 million people in the United States have been infected and at least 90,432 have died, according to Johns Hopkins.

Pictures from some parts of the country are now reminiscent of pre-pandemic times, with Americans venturing out to parks to soak in the spring sunshine, visiting beaches on both coasts of the country and gathering -- often unmasked -- in open bars and restaurants.

But just how those loosened restrictions will impact coronavirus cases won't be evident for a while.

When the first states began rolling out reopening plans last month, experts warned it may take weeks to begin seeing the effects of more people out and about. And public health officials warned those effects may translate to thousands more deaths across the country and a second spike of cases.

A key model has now revised its death toll projections slightly downward, forecasting that 143,357 people will die by August 4. The experts behind the predictions say while they didn't find a correlation between Americans' mobility and deaths, the difference lies in how many people opt for masks and keep their distance from others.

Yet the steps that governments did take to shut parts of the economy to slow the virus led to soaring unemployment -- more than 36 million people have lost their jobs since the middle of March.

In a Senate committee hearing Tuesday, Federal Reserve Chairman Jerome Powell said a program to lend billions of dollars to small- and mid-sized businesses should be ready to launch by the end of the month.

Coronavirus: You asked, we answered

Some universities will have in-person classes, but end them by Thanksgiving

A growing number of universities are rolling out plans for what fall semester will look like.

At least five said this week that they will have in-person classes this fall -- but also that they'll skip fall break and stop those classes by Thanksgiving.

In general, these schools are hoping to minimize the number of mass exits and mass returns -- when students may pick up the virus elsewhere and bring it to campus.

The University of Notre Dame in Indiana and Creighton University in Nebraska intend to start their fall semesters early, skip fall break and conclude the semester before Thanksgiving.

Purdue University in Indiana; Rice University in Houston; and the University of South Carolina intend to cancel fall breaks and end in-person instruction by Thanksgiving, and will finish the semester -- classes and/or exams -- online.

"The best information is that these viruses tend to return around the winter, particularly in possibly late November, December, maybe January. And so we wanted to be prepared for that," Rice President David Leebron said Tuesday.

These and other schools planning for in-person instruction generally have talked about plans for diagnostic testing for Covid-19, isolating ill students, and keeping students more apart than usual in classes.

"I think students are so excited and so grateful to hear that Rice is willing to do everything that they can to get students back on campus safely," Anna Margaret Clyburn, a rising senior and president of Rice's student body association, said Tuesday.

New York's Ithaca College, meanwhile, said it also will have in-person classes this fall, but the semester won't start until October 5, because it needs "necessary time for all of us to plan," President Shirley Collado said.

These schools' plans come a week after California's two main university systems indicated their students are unlikely to have on-campus classes this fall, because of the pandemic.

Sweeping reopenings across US

Texas Gov. Greg Abbott has continued to move forward with reopening, announcing on Monday that child care centers, bars, bowling alleys, rodeos and bingo centers will all be allowed to reopen this week.

By the end of the week, restaurants can increase to 50% capacity -- compared to 25% when measures were first lifted. Bars, wine tasting rooms and craft breweries can open at 25% capacity, according to the governor.

The state reported its highest single-day jump of new cases over the weekend, according to numbers released by Texas Department of State Health Services. But on Monday, officials announced the state's lowest daily death toll since late March -- a total of 11 new fatalities.

Restaurants, malls, libraries and gyms were also able to open at 50% capacity in Florida on Monday. Barbershops were allowed to reopen as long as they abide by certain safety protocols.

New Jersey Gov. Phil Murphy also announced Monday that some outdoor activities in places such as golf driving and shooting ranges, tennis clubs, and community gardens would be allowed to resume with certain restrictions.

The state has recorded the second-highest number of coronavirus cases with more than 148,200 infections, according to Johns Hopkins.

New York Gov. Andrew Cuomo announced that New York, New Jersey, Delaware and Connecticut would all be opening their beaches Friday, ahead of Memorial Day celebrations.

And in Hawaii, where officials have sought to crack down on visitors who are breaking mandated quarantines for travelers, the governor announced the next wave of reopening will not come until next month.

The next group of restrictions expected to be lifted are those on gyms, theaters, personal services and dine-in restaurants. Retail stores and malls in the state have already reopened but no timeline has yet been set for bars and clubs.

The 14-day traveler quarantine will also be extended through the end of June, the governor said.

Communities devastated by the virus

New data shows the Navajo Nation -- with a rate of more than 2,304 cases of coronavirus per 100,000 people -- has surpassed New York and New Jersey for the highest per-capita infection rate.

There are a total number of 4,071 cases of the virus in the Navajo Nation, which spans parts of Arizona, New Mexico, and Utah, and at least 142 deaths.

The president of the Navajo Nation, Jonathan Nez, attributed the virus' spread among his people to close living conditions and the area being a "food desert." He added the Nation was also testing at a higher rate than states.

"Most of our food and supplies come from the 13 shopping centers, convenience stores and gas stations throughout the Navajo," Nez said.

Data has also shown the virus has hit black and Latino Americans hard.

On Monday, the New York City Department of Health released detailed information on cases, deaths and hospitalizations in each zip code within the five boroughs which points to a disproportionate impact on communities of color.

The analysis shows communities of color have been hit much harder than others, "with black and Latino New Yorkers dying around twice the rate of their white counterparts when adjusted for age," according to the department's news release.