'Paper Mario' is coming to the Nintendo Switch in July 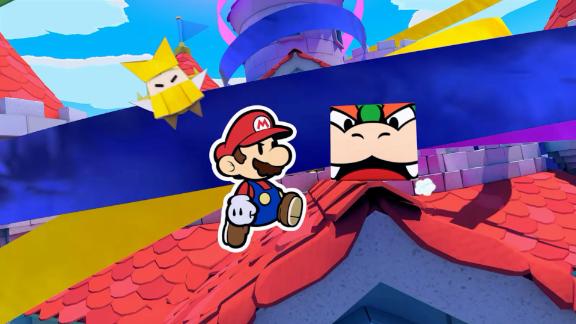 "Paper Mario: The Origami King" is the latest installment in the Paper Mario series. It launches on July 17.

Nintendo is angling for yet another hit on its Switch console system with its latest installment of the Mario franchise, "Paper Mario: The Origami King," which will be released in July.

"Paper Mario" will arrive on the Nintendo Switch and Switch Lite on July 17 for $59.99, Nintendo announced Thursday.

The franchise's first installment was released on the Nintendo 64 system in 2000. The latest entry includes new skills for Mario such as a "1000-Fold Arms" ability that lets players uncover new locations.

The story centers on the eponymous hero and his sidekick, Luigi, who are invited to the kingdom's origami festival by Princess Peach.

But when Mario and Luigi arrive, they find Peach is acting strangely. It seems King Olly has hatched a nefarious plan to take over the world, and it's up to Mario to stop him.

The Nintendo Switch and the popular game "Animal Crossing: New Horizons" have been quarantine bestsellers. The Switch has sold out on multiple websites. As of March 31, it had sold a total of 55.7 million units, according to Nintendo.

"Animal Crossing" was released in March just as millions of people across the world began social distancing and staying home during the pandemic. The game sold more digital units in a single month than any console game in history, according to Nielsen's SuperData, which analyzes the gaming industry.