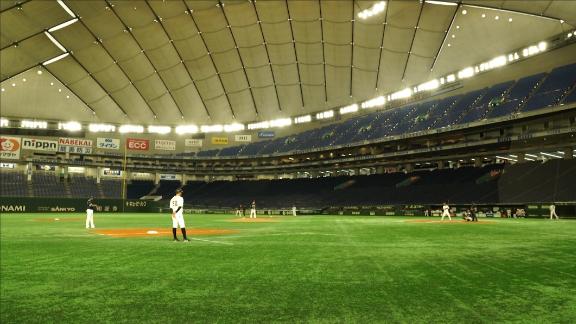 As Japan pro baseball's biggest team takes the field, their 55,000 seat stadium is completely empty. It is the eerie new normal for sports in Japan as the government tries to stop the spread of coronavirus in time for the 2020 Olympic Games. CNN's Blake Essig reports.

As new cases of coronavirus arise in the United States (with a handful of deaths already recorded in Washington state), and amid a largely inept federal response, many organizations are facing a question: Can we still gather?

Leaders of the Association of Writers and Writing Programs conference, which was set to potentially bring more than 10,000 people to San Antonio this week decided to keep the event on, spurring AWP co-director Diane Zinna to resign in protest. SXSW kicks off in 10 days, but a few big companies have pulled out.

Organizers have said the festival will go on -- a message public health officials in Austin reiterated Wednesday -- but another virus outbreak could change everything very quickly. Google canceled its largest annual event. More than a dozen other companies have canceled, postponed or made planned gatherings online-only.

In the midst of a global outbreak, these cancellations, postponements, and venue changes seems responsible. Companies, organizations, event planners and attendees have tough decisions to make in the coming weeks and possibly months, as they are charged with balancing the importance of in-person connection with the emergency of a potential pandemic.

When the federal government is failing so spectacularly at cultivating the trust that it will handle this growing crisis properly, the responsibility falls on private citizens and sectors to protect ourselves and each other.

But relying on companies and citizens to stop an epidemic is an awfully scary prospect.

Yet, there is much to lose by removing opportunities for in-person interaction. As magical and life-changing as the internet is, there is no true substitute for connecting with other human beings face to face. Human beings are animals, and like any animal, much of our communication is subtle -- not done via the words that come out of our mouths (or via our typing fingers), but in our facial expressions, body language and the subtle signals we send and receive.

When we interact in person, we tend to mirror each other, again connecting in a subtle way that is not replicable online and fueling positive emotions. Physical touch, like that from a handshake or a hug, builds trust and warmth.

But as we know, physical touch also can spread coronavirus.

In a public health emergency like this, it's crucial not to panic. In the face of a different kind of epidemic of loneliness and isolation, we must be thoughtful about where and why we promote physical isolation and online interactions over in-person ones. There is a cost to seclusion, and technology does not negate our fundamental human need to connect as human beings have connected for the entirety of our existence: in person.

But having thoughtful conversations about the value of in-person connection doesn't require always defaulting to the in-person. Right now, we face a crisis of leadership in the midst of a serious public health threat.

We have a President who appears more concerned about his image than the public's wellbeing, who "systematically dismantled" the very government programs and preparedness mechanisms that would have been able to manage this outbreak, and who doesn't seem to understand what a clinical trial is or the difference between a treatment and a vaccine, let alone seem capable of intellectually traversing the complex landscape of what exactly to do here.

It's a terrifying moment, realizing that some of the people in charge of keeping us safe are falling down on the job. And so it is now up to us -- and our corporate bosses -- to make responsible decisions.

When there's so much we still don't know, and so many ways in which we have been and will be failed, it's prudent to be conservative in our choices. This means, yes, avoiding large gatherings, especially ones that have people from all over the country flying in, interacting, and then flying back home. That's a recipe for the spread of a serious, so far poorly-controlled disease.

And while we're taking a look at how the federal government is currently failing us, and how we're reliant on the decision-making power of self-interested corporate leaders, it's worth pausing and thinking about the health risks faced by -- and in turn, the health risks that will be posed by -- the many American workers whose jobs don't involve plane travel and conferences, but still have to show up for work.

The warehouse workers who ship your Amazon packages. The call center employees who answer your questions. The food service workers who make your salads and hamburgers. The Uber driver who takes you home from an appointment. The delivery people who bring items directly to your door (and the doors of a lot of other people).

If these folks get sick, can they call out so that they can recover -- and so they don't spread illness to others? Too often, the answer is no: Calling out means lost wages, which means rent not paid, food not on the table, school supplies not purchased, bills not paid. Going to the doctor might mean racking up medical debt you can't afford.

That's another area where we need concerted, consistent and decisive federal action. Even putting aside the concern of basic humane treatment of others in a prosperous society, it's a public health risk to force workers to choose between protecting themselves and others by staying home when they're sick and being able to feed their families.

The most significant public health threat we face? It's not shaking hands. It's not conferences. It's not even this President. It's our lack of federally mandated paid sick leave, combined with a health care system that makes seeking treatment potentially financially devastating for too many Americans.

If you're scared of coronavirus -- yes, skip your conference. But potentially pandemic diseases only threaten to get worse. How we deal with them is fundamentally a political question, and it's on the ballot in November.

Hi: 69° Lo: 43°
Feels Like: 63°
More Weather
It’s Saturday!! The weather is looking good for the final day of the weekend! Tonight will look very similar to what we saw last night, temperatures in the upper 30s to low 40s with a mostly clear sky.