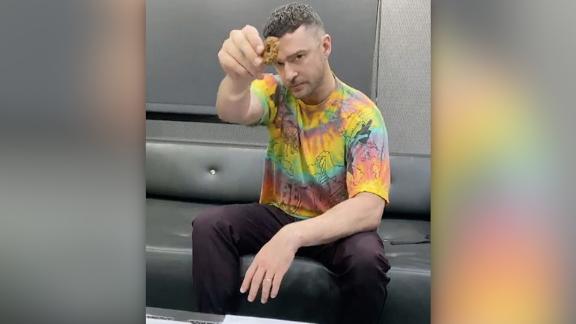 Justin Timberlake started a fierce debate on social media when he declared Samoas to be his favorite Girl Scout cookies over Thin Mints.

Justin Timberlake has some big thoughts about Samoas versus Thin Mints.

The "Can't Stop The Feeling" singer got in on the debate about the two flavors of Girl Scout cookies on Thursday.

Posting on his verified Instagram account, Timberlake put up a pair of videos talking about the two flavors.

"FOOD FOR THOUGHT. Double tap for DOUBLE SAMOAS," he wrote in the caption. "Comment for Thin Mints."

In the first video, the singer bites into a Samoa.

"You know, this one is for the Girl Scouts of America. We support you," he said as he tasted the cookie. "Ooh, do we support you!"

But he totally gets that the debate is quite "contentious."

"Maybe we should start a survey," he said. "I know everybody automatically thinks about Thin Mints when they think of Girl Scout cookies."

With or without a survey, however, Timberlake shows no sign of abandoning coconut.

Hi: 102° Lo: 63°
Feels Like: 72°
More Weather
The Heat Advisory will stay in place through Thursday evening. Cooler temperatures and the potential for showers and thunderstorms are ahead for your weekend.