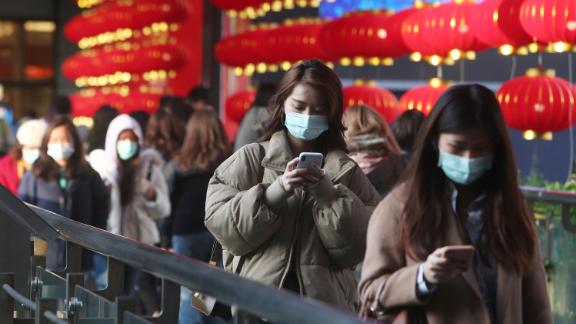 Doctors have shared new details about the first case of Wuhan coronavirus in the United States in a paper published Friday in the New England Journal of Medicine.

In the new report, doctors describe how the man progressed from initially mild, nonspecific symptoms to pneumonia on the ninth day of his illness.

The patient -- a 35-year-old resident of Snohomish County, Washington, with no history of major health problems -- had returned from visiting family in Wuhan on January 15. He had not visited the seafood market where a number of early patients were initially linked, nor did he have any known contacts with sick people during his visit.

Still, the man had seen a health alert by the US Centers for Disease Control and Prevention and decided to visit an urgent care clinic on January 19, at which point he had been coughing for four days.

Doctors initially found nothing abnormal on chest X-rays, but sent swabs to the CDC because of his recent travel to Wuhan. By the following day, on January 20, they confirmed the man had the novel coronavirus.

At that point, the man was admitted to Providence Regional Medical Center in Everett, Washington, and placed in an airborne-isolation unit. Throughout his illness, he experienced a range of symptoms including fever, cough, fatigue, nausea, vomiting, diarrhea and runny nose.

But it wasn't until his fifth day in the hospital -- day nine of his illness -- that doctors saw signs of pneumonia on his chest X-ray, in the lower lobe of his left lung. On the following day, his chest X-ray showed "stable streaky opacities in the lung bases ... indicating likely atypical pneumonia."

On his eighth day in the hospital, his condition improved. As of January 30, he no longer had a fever, and his symptoms were gone except for his cough, which was "decreasing in severity," the doctors wrote. Officials are monitoring close contacts in the US but have not found evidence he transmitted the virus to anyone else.

The authors say the case underscores the importance of close collaboration between doctors, local and federal health authorities, and the quick dissemination of information throughout the medical community on how to care for patients like him. But it also illustrates what we don't know, the authors say, including how quickly and easily the virus spreads and the "full spectrum of clinical illness" it causes.