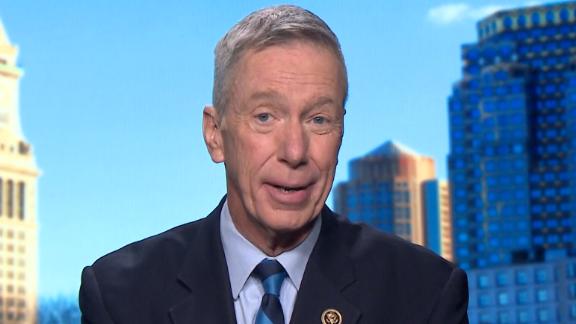 Let's be honest: The phrase quid pro quo does not roll easily off the tongue of most Americans. Even those already familiar with the term won't necessarily associate it with alleged abuse of power and other behavior by President Trump that House Democrats are calling impeachable.

Nope. Americans are never going to agree to removing a President from office for engaging in acts described by a Latin term many don't understand or at least would never use. Same with Republican lawmakers: Until Democrats find a better way to talk about Trump's pressuring the new Ukrainian president into trading dirt on Joe and Hunter Biden in exchange for much-needed foreign security aid (Trump denies that was his intent), this kind of impeachment argument won't change the GOP's political calculus.

What should Democrats do? They need to rebrand Trump's alleged transgressions with a term that most Americans don't need to Google to understand -- one with teeth. Bribery. Extortion. Payola. Shakedown. Ransom payment. There are plenty of better ways to say it than quid pro quo.

Personally? I think Democratic talking points should use some variation of "bribery payment" -- given the constitutional, Article II heft that term entails -- to help average Americans more readily connect to the underlying misconduct alleged.

The question should be framed like this: Was there an attempt by Trump to exact a bribery payment from Ukraine? Was Trump holding congressionally appropriated, tax-payer-funded foreign aid hostage? Was he conditioning its release on a public statement from Ukrainian President Volodymyr Zelensky that his country would open an investigation into Trump's chief political rival?

Characterizing what happened in that infamous July 25th phone call between Trump and Zelensky as an attempt to extract a "bribery payment" has three advantages: it is a term most American voters will readily recognize as one unbecoming of a US President; from the transcript of the call and evidence from depositions, it appears to be true (though, again, Trump denies that was his intent); and it happens to be one that the framers of the Constitution specifically called out as indicative of impeachable conduct.

Quid pro quo, on the other hand, is an innocuous Latin term that more or less means "tit for tat" -- trading one thing of value for another. It is unfortunate for Democrats that the media has latched on to it as a shorthand for the President's alleged actions. Because aside from its not being mentioned at all in the Constitution, the chief problem with quid pro quo is that the term is highly nuanced.

If a US President demands a quid pro quo for legitimate economic or security concerns, then it's just good foreign policy; if it's for personal or political ends, then the quid pro quo was made with corrupt intent.

And although he later attempted to walk it back, acting White House Chief of Staff Mick Mulvaney admitted to a quid but a different quo -- emphasizing that the quo in question wasn't related to Trump's request to investigate the Bidens, but to Ukrainian corruption.

All of this is playing right into the Trump political playbook, by the way -- muddying the waters so much that many voters simply roll their eyes. Democrats need to make it stop.

American cultural elites rarely shy away from the opportunity to pepper their speech and writings with flashy foreign loanwords. And legal pundits must have been delighted when they saw the opportunity to throw around on TV a Latin phrase that was drilled into them in law school.

But they need to realize: quid pro quo has run its course, and its time House Democrats begin talking Americans about the President's actions in plain English.

Hi: 96° Lo: 60°
Feels Like: 79°
More Weather
Another disturbance will cross northern California through tomorrow. The biggest effect will be stronger wind in the valley tonight through Thursday. There are no watches or warnings for fire danger, but the wind won't help.