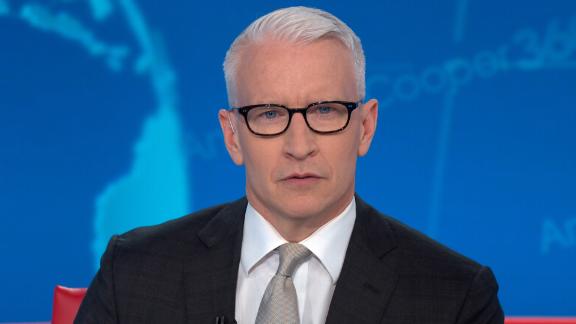 CNN's Anderson Cooper looks at how Democrats' criticism of the Obama administration during CNN's Democratic presidential debate could hurt their chances to defeat President Donald Trump in the general election.

Here are my reflections on a stormy and revealing week in the Democratic presidential race.

The first is that Elizabeth Warren is running a strategically brilliant campaign.

More than any other candidate, she has a clear, unambiguous message that is thoroughly integrated with her biography. That is essential to a successful campaign.

Her unsparing critique of corporate excess and her expansive -- and expensive -- agenda for change mirror those of the reigning left champion, Bernie Sanders, in places. But where Sanders sometimes seems like a parody of himself -- or of Larry David's parody of Sanders -- Warren seems fresher, deeper and more precise in her execution.

John Delaney, the former congressman and health tech entrepreneur, learned this when he tried to tangle with Warren over her support for Medicare for All, a plan that would abolish private insurance.

Delaney argued that there were other, more politically feasible ways to strengthen coverage. But he delivered his point with all the charm of a corporate auditor and Warren crushed him with a killer line:

"You know, I don't understand why anybody goes to all the trouble of running for president of the United States just to talk about what we really can't do and shouldn't fight for," she said, as the crowd erupted in cheers.

The jibe, like her entire campaign, is exhilarating to Democrats who have no patience for the incrementalism that governing in a big, diverse and closely divided democracy requires.

There is a valid argument, borne out by polling and common sense, that a proposal to abolish the private insurance that covers 180 million Americans might be too radical a change to make all at once. It also hands President Trump a huge cudgel with which to flay Democrats in a race that promises to be close.

A big aspirational message is more satisfying than a cramped, political one. Warren is positioning herself as Big Change versus the status quo. Yes We Can versus No We Can't.

And for those who say that Medicare for All and some of her other positions are fraught with peril, Warren had another message:

"Democrats win when we figure out what is right and we get out there and fight for it. I am not afraid. And for Democrats to win, you can't be afraid, either."

I don't know if Elizabeth Warren will win the nomination. Her sometimes professorial style can be off-putting and she has yet to break through with the white working class voters with whom Biden and Sanders are doing well.

Moreover, there are legitimate critiques of her policy on substantive and not just political grounds. But it is going to take more than what we saw on either stage this week to win that battle.

Warren has a theory of the case and is prosecuting it very skillfully.

Can Biden get into gear?

Biden cleared the bar in his half of the debates — but not by much.

Like an aging Jedi, he fended off incoming from all directions, mostly giving as good as he got. It wasn't elegant but it was far better than the laggard performance he turned in at the June debate.

Yet for those who fear that Biden, who is 76 and sometimes seems older, may not be up to this, his showing was only mildly reassuring. Biden stumbled in places, misstated numbers, struggled at times to pull up facts and and even fumbled his own text message in the close.

His supporters were cheered by his more energetic performance. He remains the frontrunner on the strength of strong support among older and more moderate working class voters and the crucially important African-American community.

But there is also a nagging awareness that Biden will need to do better to win the nomination, much less defeat Trump.

The question is, Can he find that other gear?

A question for Kamala Harris

Kamala Harris is the most confounding candidate in the Democratic field.

On the one hand, she is smart, charismatic and appealing. Her takedown of Biden in their first debate encounter vaulted her into the top tier and heightened interest in her among soft supporters of other candidates and voters yet to decide.

What she needs to close the loop with many of them is a clear, discernible message. Why is she in this race?

She had a chance to fill in that blank on Wednesday and squandered it.

Attacked from the start by Biden and others on her new health care plan, and then kneecapped on her record as a California prosecutor by Tulsi Gabbard, Harris learned what life in the top tier entails. She seemed more peeved than poised in response.

So for those who are looking for her big message, the search goes on and the clock is ticking.

Booker's move in the right direction

If anyone took a big leap forward this week, it was Cory Booker.

Amid all the sniping on stage, Booker seized high ground, constantly urging his competitors to focus on the larger challenges to the country and the American community posed by Trump's endlessly divisive politics.

The New Jersey Senator looked confident, relaxed and commanding, even in a close quarters exchange with Biden, who was flanked by Booker and Harris. While Harris looked annoyed when attacked, Booker took Biden's assault on his record as Newark mayor in stride.

"As they say in my neighborhood, you're dipping into the Kool Aid and you don't even know the flavor," he told Biden with a smile, as the audience cheered his colloquial put down.

Booker has been mired in the low single digits and was in danger of being written out of the script. He bought himself new life with his performance, which his campaign says produced their best one-day haul of online donations.

Buttigieg should step into the fray

Pete Buttigieg was an early revelation in the race. A millennial, gay, Afghanistan War vet, Rhodes scholar and mayor from the middle of the country, he made himself an unlikely player on the strength of impressive, voluminous media performances.

He turned in another solid showing Tuesday's debate, including some well-crafted and memorable castigations of the Republicans.

But Buttigieg has plateaued in the mid-single digits in recent weeks. His decision to completely circumvent the discussion--and discussants--around him and focus on delivering his lines feels like a missed opportunity to reignite his momentum.

He was an early promoter of a Medicare for All Who Want It plan that would preserve private insurance and give consumers a choice. But when he had the chance to challenge Warren and Sanders on their ideas, he demurred.

For a youthful candidate who looks even younger than he is, the ability to parry with his opponents on substance is an important test. And in a race that is increasingly turning on ideological purity versus pragmatism, he needs to choose a lane or risk becoming irrelevant to the discussion.

He also needs to put more meat on the bone to animate his New Generation rhetoric. Exactly what does his promised new thinking mean in practical terms that would touch the lives or people?

Unless Buttigieg, whose fluent answers and freshness bought him to the fore, begins to draw sharper contrasts and offer discernible, digestible and symbolically meaningful ideas, he could wind up winning more admiration than votes.

Others impressed in the debate. Montana Governor Steve Bullock, in his debut on the debate stage, made a folksy case for Mountain State moderation. Washington Gov. Jay Inslee was even better in night two, and not just on his signature issue of climate change.

Both governors were solid, though each is in jeopardy of falling off the debate stage in September when eligibility requirements double.

One person who likely will make it is Andrew Yang, the tech entrepreneur. I didn't get the whole Yang Gang deal until Wednesday. He is a great and authentic communicator with a distinctive message about the impact on workers of automation and AI and the changes the new economy requires.

This is a defining issue of our time and gets far too little attention.

Yang and the New Age spiritualist Marianne Williamson on Tuesday night, in their respective ways, may have been the most entertaining of the candidates. They did not speak in political terms. They deployed humor effectively and commanded attention.

Freed of the burden of expectations some of the other candidates faced--neither will be the nominee--Yang and Williamson came, delivered their unique messages and seemed to enjoy doing it.

Hi: 73° Lo: 42°
Feels Like: 50°
More Weather
Sunny skies, and windy conditions are ahead for the middle of your work week. A big drop in temperatures and wet weather returns for your weekend.

How to file for unemployment online if you live in California