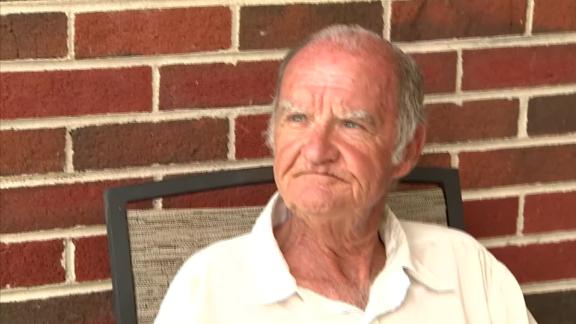 A white woman in North Georgia has filed a housing discrimination suit against landlords who she says evicted her because she had black guests over for a play date with her daughters.

A white woman in North Georgia has filed a housing discrimination suit against landlords who she says evicted her because she had African American guests over for a play date with her daughters, aged 2 and 9.

Victoria Sutton lived in a home in Adairsville, owned by Patricia and Allen McCoy, from August 2017 until December, when she says she moved out over concerns for her and her daughter's safety.

She lived there with her family, including her 2-year-old's father, her 9-year-old daughter and a 19-year-old niece.

According to a lawsuit filed Wednesday by lawyers from the ACLU of Georgia and the law firm Cohen Milstein Sellers & Toll, in September, Sutton began inviting a black co-worker with a 5-year-old son to visit so their children could play.

After one of the playdates, the lawsuit says, Allen McCoy knocked on her door and used racial slurs to refer to African Americans.

He called her a "n***** lover," the suit says, and threatened to call Child Protective Services over her having a "n***** on their property."

According to the lawsuit, he told her she had two weeks to move out, adding that he'd previously evicted a woman who'd tried to let an African American person move in with her.

The landlords deny the allegations

Sutton later called her landlords, recording the phone conversation with Patricia McCoy, who told her, "I don't put up with n*****s in my [house], and I don't want them on my property," according to the lawsuit.

Allen McCoy denied the allegations to CNN affiliate WSB and said he wasn't prejudiced. "Some of the best friends I got is colored," he said.

Patricia McCoy also denied that she'd asked Sutton to move out over the race of her guests; rather, she cited damage to bathrooms, walls and doors in their rental property. However, the suit says that photographs of the property showed no such damage.

"Some of my best friends are black," she told WSB.

Sutton now lives in Calhoun, a town about 10 miles north of Adairsville, according to the lawsuit.

Where you live and how you live

The suit alleges that the McCoys broke state and federal laws related to civil rights and fair housing. It is requesting compensation for damages related to emotional distress and the "diversion of resources" in having to move.

Sean J. Young, legal director for the ACLU of Georgia, filed the lawsuit on Sutton's behalf. He told CNN that he hadn't encountered another housing discrimination case in which he felt the evidence was so clear.

"Discriminatory motives are rarely spoken aloud and even more rarely caught on tape," he said. "People who discriminate are almost always able to come up with a neutral-sounding pretext for their discrimination."

He said it was important to work on the case because if the allegations were proved true, "it would be a stark reminder of the injustice that continues to thrive in Georgia today."

Young added that "housing discrimination is one of the most pernicious forms of discrimination today," that it contributes to inequality and that it can serve to limit the long-term dreams and aspirations of its victims.

"Where you live determines how you live," he said.

A teen raised $10K to install a community baby box. Less than a year later, a newborn was found inside