Pilot: Why stowing away on an airplane undercarriage is a fatal mistake 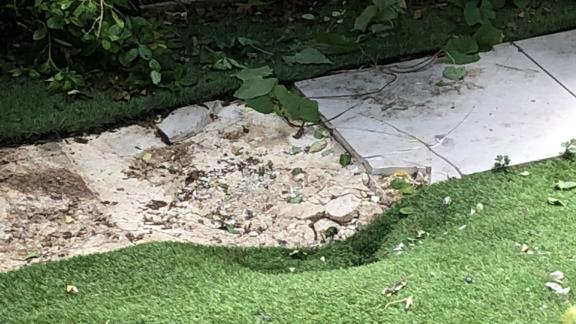 A stowaway fell from a plane flying over London and dropped into a residential garden. The body was traced to the undercarriage of Kenya Airways flight KQ 100 that left from Nairobi's Jomo Kenyatta International Airport, Kenya Airports Authority said in a statement.

I confronted a lot of surprises and challenging situations over 34 years of flying commercial airplanes, but one thing never ceased to amaze me: that people will actually stow away inside the landing gear well of a commercial airliner and expect to survive.

But that's exactly what a man apparently tried this week. On Sunday afternoon in London at approximately 3:50 p.m., he plummeted into a residential garden near the approach path of Heathrow Airport. He did not survive.

Authorities suspect that the unidentified man dropped from a Kenya Airlines flight that had departed Nairobi at 7:20 a.m. London's Metropolitan Police suggest he had been in the landing gear compartment.

Any individual who attempts such a feat is foolish, ignorant of the dangerous situation -- and must be completely desperate.

First, the landing gear well of a large jet has little space for anything but the massive support structure and the wheels. Without knowledge of where to position oneself, a person could be in the path of those components, whose retraction and extension carries a hydraulic pressure of 3,000 PSI, that would likely crush a stowaway like a bug.

Second, the lack of oxygen at high altitudes during an eight-hour-and-50-minute trip, as in the Kenya Airlines flight, doesn't bode well for human survival. Temperatures nearing minus 60 degrees Fahrenheit aren't conducive to blood flow.

And third, if one survives such an ordeal, landing gear extension on approach to the airport would disrupt the perch of a stowaway, potentially sending him falling to his demise. Miraculously, in April of 2014, a 16-year-old boy survived a trip from San Jose, California to Maui. The explanations of the boy's survival are still difficult to comprehend.

So how is it possible that someone could stow away?On the ground, the landing gear wheel well is exposed. The area is a complex mesh of components, wiring, and hydraulic lines. Climbing on the tires and scaling the landing gear structure into a concealed spot is not difficult, especially in darkness.

Pilots use flashlights on their walk-around inspections, but they can't see every nook and cranny. And if a stowaway scampers into the gear well after a pilot completes his or her walk-around, his or her presence will not be detected.

What about other ground personnel catching the stowaway? Often the folks loading the bags or servicing the airplane are focused on their task and may not catch an unauthorized person on the ramp. If that individual had remained hidden from view, he may have waited until the airplane was not being loaded or serviced. There have been occasions at less busy airports where stowaways have run out onto taxiways in an attempt to crawl into baggage compartments or landing gear wells.

Scaling an airport perimeter fence at an inconspicuous point would allow a stowaway access to an airplane. An airport with lower security standards might also allow breaches to the ramp through doors or jet bridges.

In the end, in this day and age of high security, it is highly unusual for someone to hitch a ride aboard a commercial airliner, let alone survive the flight. It is tragic to think someone is desperate enough to attempt such a hazardous ride.