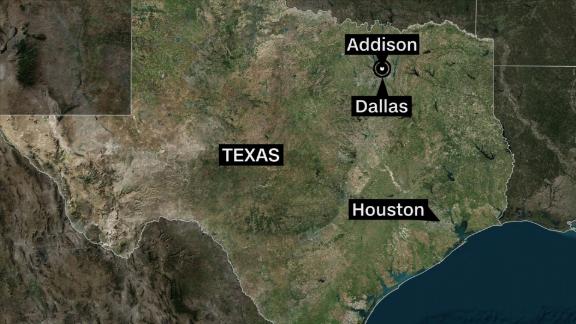 Ten people are dead after a private plane crashed into a hangar at the Addison Airport in Addison, Texas, shortly after takeoff, according to Town of Addison spokesman Ed Martelle.

The Federal Aviation Administration will begin its own investigation of a deadly plane crash at an airport in Addison, Texas, in which a private plane crashed into a hangar Sunday killing all 10 people aboard, the FAA said in a statement.

Addison spokesman Ed Martelle told CNN that the private plane was leaving the airport when it veered into the hangar before bursting into flames Sunday morning shortly after 9 a.m. local time.

National Transportation Safety Board Chairman Bruce Landsberg told reporters during a news conference Sunday night that two victims were members of the flight crew and the other eight were passengers on the Beechcraft Super King Air 350 aircraft.

The victims have not yet been identified as authorities are still notifying their families, Landsberg said.

Members of the NTSB arrived on the scene to investigate the crash Sunday afternoon and began assessing the damage to the plane immediately, Jennifer Rodi, senior air safety investigator with the NTSB, told reporters.

The plane suffered damage from the force of the impact and the fire that broke out after the crash, Rodi said.

Rodi said the NTSB is aware of three videos of the incident and is currently reviewing them. She urged anyone else with video to send it to the NTSB for review.

The plane was scheduled to fly from Addison -- about 15 miles north of Dallas -- to St. Petersburg, Florida, Martelle said.

But just after take off the plane veered and crashed into a private hangar, damaging two aircraft inside, Landsberg said.

The fire department was just 220 yards from the crash, Martelle added, so the response was immediate and the fire in the hangar was extinguished.

No cause for the crash is known but a preliminary report is expected in two weeks, Landsberg said.

Landsberg said the plane recently changed owners and the tail number information was not immediately available.

Eight investigators with the NTSB arrived Sunday and five more specialists are on their way to assist in the investigation, Landsberg said.