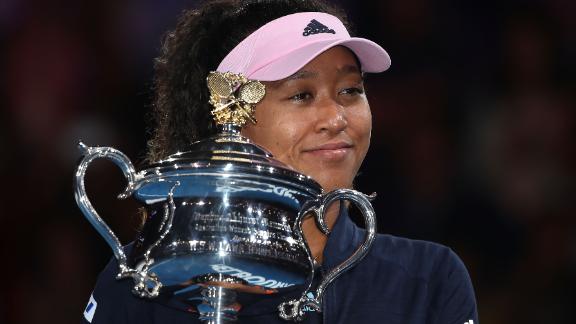 As Naomi Osaka goes in search of a third consecutive grand slam title at this year's French Open, former Wimbledon champion Pat Cash says the Japanese star has the ability to become one of the most dominant forces the women's game has seen.

Osaka enjoyed a breakthrough season last year when she won her first grand slam with victory over Serena Williams, before backing that up by defeating Petra Kvitova in the Australian Open final.

And it's Williams -- with 23 grand slam titles to her name -- who Cash thinks Osaka can go on the emulate.

"I think she is probably the most impressive player I've seen since Serena Williams," Cash, who won Wimbledon in 1987, tells CNN Open Court of the world No. 1.

"She has the ability to dominate tennis like Serena Williams -- her movement, her shot-making ability, her physicality."

Armed with a solid serve and powerful, consistent ground shots, Cash says Osaka has played the big occasions without fear.

"There must have been some [fear] but it didn't look like she got nervous. I wouldn't write her off for anything."

Hi: 75° Lo: 42°
Feels Like: 59°
More Weather
Areas of fog are possible to start your Tuesday, but we'll end up sunny, warmer, and have gusty north winds Tuesday afternoon. Winds will diminish through the day on Wednesday, and we'll stay very warm. Dry and warm conditions will persist through this weekend, but wet and cooler weather is projected to return next week.