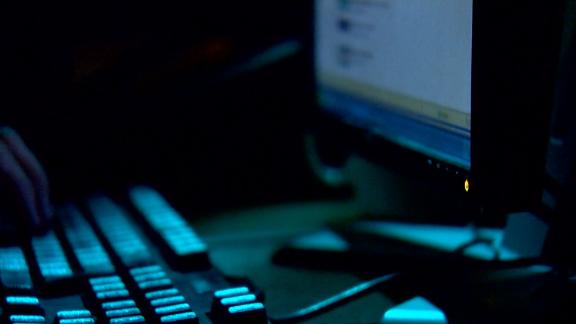 The deadliest attack on Jews in American history appears to have triggered a spike in anti-Semitic searches on Google, exclusive research by CNN shows.

In the hours and days after 11 people were slaughtered inside the Tree of Life Synagogue in Pittsburgh last October, so many people typed hateful language into Google that it produced the most anti-Semitic searches seen in the last 12 months.

Our analysis did not include benign searches for information about the news but users seeking material for "Jews must die," "kill Jews," and "I hate Jews," among others, all of which were searched at alarmingly higher rates than normal.

An increase in anti-Semitic Google searches was also found after the Passover shooting in Poway, California in April.

And as might be expected, postings on sites like 4chan and 8chan that have largely been co-opted by those with far-right views, also saw plenty of discussion about the attacks, though the content was more surprising as well as disturbing.

CNN commissioned the analysis from advocacy group HOPE Not Hate. They researched a sample of mainstream and fringe responses online for a year from May 2018 to last week to better understand how anti-Semitic views are shared and spread online, especially in the wake of the two synagogue attacks that struck fear into the hearts of American Jews. The findings come days after the Anti-Defamation League (ADL) said anti-Semitic incidents in America rose for the third year in a row, hitting near-historic highs. There were 1,879 documented attacks against Jews and Jewish institutions across the country in 2018.

Searching for "kill Jews" on Google yields stories about the Holocaust, but also specifics on how Nazis killed the Jews, and a plethora of stories of people who have made threats against Jews.

A search for the term "Jews must die" brings up stories about the Pittsburgh shooter, who allegedly shouted that before the shooting. But Googling "I hate Jews" takes you to a variety of pages ranging from a Wikipedia entry about self-hating Jews to an article about a Vice co-founder, who left the company more than a decade ago, launching into a rant about Jews in a post titled "10 things I Hate About Jews." Among the articles also are comments from President Donald Trump telling Republican donors that Democrats "hate Jewish people."

As you dive deeper into the search results of Google, the articles become less mainstream and more offensive. More rants and anti-Semitic vitriol from white supremacist sites come up.

Google searches for "kill Jews" were also atypically high, reaching levels not seen since the Pittsburgh aftermath, in the wake of the Passover shooting that killed one woman and injured the rabbi and others, our research shows.

'Chilling to the core'

The massive interest in anti-Semitism after so many Jews were killed in cold blood terrifies Carly Pildis in every fiber of her being.

As a Jewish woman living in Washington, DC, who takes her two-year-old daughter to synagogue and writes for the Jewish news and culture Tablet magazine, the increasing violence is alarming and is impacting real life.

"It is a serious life or death threat for American Jews," Pildis says. "I feel a sense of loss, for what it used to be like for Jews here."

The loss turns to outright fury, when she learns more about the searches after the twin attacks on her community.

"It makes my blood run cold," she says. "It is literally chilling me to the core."

These searches feel like attacks too. That people are openly hunting online for ways to hurt the Jewish community after they have suffered devastating losses.

It is personal, for her, like other Jews who feel under threat. She says each assault on a Jew or vandalism of property with a swastika impacts her. And the massacres, well, they feel like a death in the family.

On the day of the attack on the Pittsburgh synagogue, she laid sick in bed. Then she got a call from a friend apologizing profusely. She didn't know what they were sorry for. Turn on the TV now, she was told. When she did, she saw the deadliest attack on American Jews unfolding. It was the moment she had feared most since watching Neo-Nazis march on the streets of Charlottesville in 2017 chanting "Jews will not replace us!"

Seeing someone try to wipe out Jews in a synagogue gutted her.

Pildis sat on the bathroom floor, writing opinion pieces about what it all meant, trying to come to grips with it.

"I don't think I slept for days. It was heartbreaking. It was terrifying. It was soul crushing," she explains.

While Pildis grieved the loss of Jewish lives in her home, in the darker, though freely available, corners of the internet, people celebrated.

On sites like 4chan and 8chan, levels of extreme and violent anti-Semitism are often found daily. But that amount of hatred soared even higher, with spikes in the number of anti-Jewish posts on 8chan's /pol/ board observed directly following the Tree of Life attack, our research found.

Many posts lamented "how few" Jews were killed in both Pittsburgh and Poway, reducing human lives to a "score." Worshipper Lori Kaye was killed in the Poway attack. She was in temple to pray for her recently deceased mother.

A commenter on 8chan however called the Poway shooter a "f*****g underachiever."

"Can you imagine your son throwing his whole life away for a high score of 1? It's just embarrassing," a post read.

ADL CEO: Put hatred back in the sewer where it belongs

There was also a large amount of general white supremacist posts, such as "KILL THEM ALL."

But most common was a declaration by many posters that it was actually Jewish people who carried out the attacks on other Jews to gain support in society and provide cover for other alleged nefarious activity. It mimics a long, false, conspiratorial theory repeated among anti-Semites, including those who falsely claim the Holocaust specifically was faked.

The 'lion's den of hate'

The concern among experts studying radicalization is how many people can begin by searching anti-Semitic phrases on a mainstream site like Google but end up being drawn into places like 4chan and 8chan and other forums where white supremacists lurk, spewing hate.

And once you engage, hatred seems to grow. John Earnest, the alleged Poway shooter, is believed to have posted a link to a hate-speech-filled manifesto on 8chan before the attack. 8chan defended themselves quickly after the attack, tweeting: "The Poway shooter's post on 8chan was taken down NINE minutes after creation. There are only screencaps available and no archives exist since the post was deleted so quickly."

But the impact of the forums and hate sites remains clear. On 8chan, a poster believed to be Earnest called alleged Pittsburgh shooter Robert Bowers a direct inspiration. Bowers is thought to have made frequent anti-Semitic comments alongside xenophobic content on Gab, another home to far-right extremists.

Joanna Mendelson, a senior researcher for the ADL's Center on Extremism, calls 4chan and 8chan the "lion's den of hate." "White supremacists are weaponizing hate," Mendelson, says. "They are using the internet to broadcast their message to global audiences. They are arming legions of trolls to push their message out across the internet, to the darkest corners and even mainstream platforms," she says.

CNN spoke to a teenager who said he became attracted by hate online. He said it only too him about a month to turn away from his old self. To reject long-held beliefs and embrace even views against his own religion. He asked not to be identified as he says he has now been threatened.

Others who have been radicalized online have said they find that within one to three months their views have changed completely and they have fallen prey to the brainwashing. They simply don't believe they've been taken advantage of at the time. That the repeated use of memes, which are meant to act as jokes but sow seeds of hate, is working, those who have escaped the cycle of hate tell CNN.

And the fear is that, if more people may become consumed by hate on 4chan or 8chan, some may take their hate from the forums to the streets.

Even the seasoned hate-speech researchers commissioned by CNN were shocked at the depravity they found after the two synagogue attacks.

"I say we go all in and start the war, I am ready" one poster writes.

"Hitler did nothing wrong. Soon the entire world will hate the Jews," writes another.

Posts list the names of killers often, saying "give him a medal" or calling their attacks "epic."

"Hail John Earnest and his best Manifesto ever," one poster wrote.

Another post specifically begins to write the names of the murderers in a numbered list ending with an ellipsis, signifying the desire for more to come.

He or she suggests more attacks until everyday Americans "will accept mosque and synagogue killings as a normal thing."

Experts like Mendelson also worry about the implication of the hero worship that happens online.

"What we have now are attacks that are not only designed to kill, but they are designed ... to spread like wildfire, to spread their poison across the internet and to inspire others," she says.

Social media giants like Google, YouTube, Facebook and Twitter are being forced to reckon with the power their platforms have in both size and how they amplify hate speech while working to balance free speech.

But more fringe sites, where little if any moderation occurs, seem to present an even larger danger.

And more troubling, perhaps, is the lack of suggestion of what to do about it from the intelligence and law enforcement community.

In a House hearing last week on domestic terrorism, top law enforcement officials couldn't provide an answer as to how to handle websites like 8chan and what legislation could do.

CNN has sought comment in the past but their largely unmoderated and unmanaged platforms make it difficult.

That hate spreads online, at the rates CNN found, is unfathomable to Jews like Pildis. She fears the attacks are only beginning, and more will come.

"It makes me unbearably sad, so sad I can barely breathe, to see this rise of hate, extremism and violence," she says. "But they will never take away my hope or my pride in being a Jew - and an American."

Pildis wants those spreading hate to know there is a path out, but if they choose to continue to spew hate against Jews or attack them, the community will never cower.

"Whatever void you are hoping to fill will not be filled with the barrel of a gun," Pildis says. "The Jewish people have survived over 5,000 years of oppression and violence. Our very existence is an act of resistance. We aren't going anywhere."

Hi: 96° Lo: 61°
Feels Like: 93°
More Weather
We'll be staying hot on Friday, but won't be as hot as the last few days. The potential for active weather returns Friday night into Saturday and much cooler temperatures are on the way for your weekend.