Why I signed letter saying Trump committed a crime 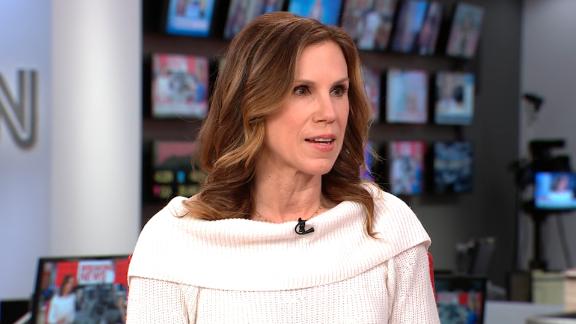 Former federal prosecutor Jennifer Rodgers explains to CNN's Brooke Baldwin why she joined hundreds of other prosecutors in signing a letter saying that President Donald Trump would be charged with obstruction of justice if he were not in office.

When I was a federal prosecutor, I once indicted and tried a man named Roberto Ortiz for trying to convince his ex-girlfriend to leave town for a few weeks so she could not testify against him at an upcoming trial for illegal firearms possession. Despite Ortiz's efforts, the ex-girlfriend did not leave town, and a trial jury convicted Ortiz on various charges including witness tampering.

Ortiz's obstructive conduct pales in comparison to President Donald Trump's prolonged campaign to torpedo the investigation by Special Counsel Robert Mueller into Russian interference in the 2016 election. That is one reason why I signed a letter along with more than 400 other former federal prosecutors who said that if Trump were a private citizen they would have indicted him on obstruction of justice charges based on the evidence set forth in Mueller's report.

"Each of us believes," the letter states, "that the conduct of President Trump described in Special Counsel Robert Mueller's report would, in the case of any other person not covered by the Office of Legal Counsel policy against indicting a sitting President, result in multiple felony charges for obstruction of justice."

The letter from former prosecutors has nothing to do with politics. It has everything to do with the law. The signatories to the letter cross all boundaries. There are Republicans and Democrats and many who served in administrations of both parties (I served about equal time as a federal prosecutor under the administrations of Presidents George W. Bush and Barack Obama, and later worked for five years as director of the New Jersey Division of Criminal Justice under Gov. Chris Christie).

Prosecutors from virtually every state signed the letter. Some served for a few years, others for decades. Some signatories worked among the highest ranks of the Department of Justice while others worked on the line.

Not only is the evidence sufficient to justify a criminal charge against Trump; it's not a particularly close call as obstruction cases go, in my view. In the report, Mueller lays out an entire menu of "potentially obstructive acts" (Vol. 2, Page 1) committed by Trump, including trying to convince FBI Director James Comey to drop the investigation of National Security Director Michael Flynn; firing Comey to try to derail the investigation; trying to curtail Mueller's investigation; trying to have White House Counsel Don McGahn instruct Deputy Attorney General Rod Rosenstein to remove Mueller; trying to convince McGahn to lie about the effort to remove Mueller; and trying to dissuade Paul Manafort, Flynn and others from providing information to Mueller.

In the report, Mueller methodically breaks down each of these acts according to the three required legal elements: obstructive act, connection of the act to an ongoing investigation, and corrupt intent to interfere with the investigation. (Vol. 2, Page 9).

He finds "substantial evidence" of all three required elements for many of the listed acts -- meaning he had more than enough to indict, on multiple counts, if he could have done so. I am confident a prosecutor could read Mueller's report to any grand jury and walk out with a multi-count indictment.

When asked during his Senate testimony last week about his determination that the evidence did not support obstruction charges on any of the acts detailed by Mueller, Attorney General William Barr noted that Trump had not been charged with a separate, underlying crime for conspiring with Russia. But as Mueller explains in the report, the law permits obstruction charges even without a separate underlying crime. (Vol. 2, Page 157).

Famous examples include Martha Stewart (who was convicted of obstruction and lying to investigators but no underlying crime), the former chief of staff to Vice President Dick Cheney, Scooter Libby (who was charged and convicted for obstruction, perjury and false statements but later pardoned by Trump), and Roger Stone (whom Mueller has charged with perjury but no separate crime underlying his allegedly false testimony).

Earlier Monday, Barr's own Department of Justice announced a series of obstruction charges against a defendant who was not charged with any separate underlying crime.

Even outside the criminal realm, President Bill Clinton was impeached on obstruction and perjury charges without any separate underlying crime.

In one sense, it is a theoretical question whether to indict Trump because longstanding DOJ policy counsels against indicting a sitting President. (But note: the issue is not settled in the Constitution or statutes, and has never been presented to or decided by a court; for now, it is merely a policy adopted by DOJ in its own discretion).

But in another sense, it's a question that poses a serious threat to the future of the administration: if Trump was not the sitting President, would he be indicted? Both Attorney General Barr and White House Counsel Emmet Flood have criticized Mueller for not making a thumbs-up or thumbs-down determination on obstruction (though I suspect, based on the Report neither would like Mueller's answer if he was forced to give one). Had Mueller not been constrained by DOJ policy, and had he announced in the report that he found sufficient evidence to indict, then Congress would face enormous political pressure to impeach.

Perhaps Mueller agrees with the 370-plus former prosecutors who signed the letter, or perhaps he takes a different view. There are indications throughout the report, however, that Mueller would indict if he could. At times, Mueller seems to practically burst at the seams imposed by the DOJ policy, declaring that "if we had confidence after a thorough investigation of the facts that the President clearly did not commit obstruction of justice, we would so state" -- and then not so stating.

There is no way to know for sure where Mueller stands -- at least until he testifies in Congress. I suspect that, if asked, Mueller will avoid answering and instead will refer to his cipher-like declarations in the report. But there's another way to get at the answer: ask Mueller if he found "probable cause" -- the legal standard that a grand jury must find to return an indictment -- that Trump committed obstruction.

Obstruction offenses often hit home for prosecutors because they threaten the fundamental integrity of the criminal justice process. To watch the President of the United States commit not just an isolated act of obstruction, but rather a prolonged, corrupt campaign to derail an investigation that threatened him is too much to bear silently.

And while DOJ policy may spare him an indictment while in office, it should not spare him altogether from any form of accountability. If he was anyone other than the sitting President, Trump would be indicted already.

Hi: 50° Lo: 42°
Feels Like: 46°
More Weather
Dense fog has developed across parts of northern California Monday morning and the potential for light showers will return today. We'll dry out and warm up on Tuesday, but more cool and wet weather is expected mid week. A more substantial wet system is currently projected to move into our region this weekend.