Jussie Smollett isn't the problem. We are 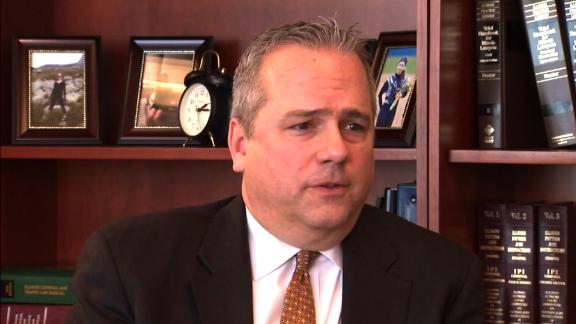 The prosecutor who dropped the charges against Jussie Smollett said he still believes the actor lied to the police about the racist and homophobic attack he allegedly staged in Chicago in January.

I have a confession. I never much cared about the Jussie Smollett case, even before it became the most confounding story of the year, even if what he initially claimed had been proven true.

That he faced several felony counts before escaping any real legal accountability for possibly faking a hate crime moves me even less. Am I really supposed to be shocked that a celebrity avoided jail time in an American criminal justice system that attorney and civil rights activist Bryan Stevenson rightly says treats you better if you are rich and guilty than poor and innocent?

The real story is less what this bizarre series of confounding events says about Smollett and more about what it says about us.

I hate hate crimes as much as any other thinking person. But hate crimes and the like that involve celebrities who ultimately go unharmed -- the n-word spray-painted on a gate at one of LeBron James' homes, Oprah Winfrey being racially profiled in a chic boutique -- and receive instant support from millions of people have never felt compelling to me. (Smollett, by his own telling, still had the wherewithal to take his recently purchased Subway sandwich home after the alleged attack.)

They don't need our help, but we feel compelled to give it anyway, even as the least powerful among us who face worse indignities daily are left to fend for themselves.

When a black waiter in a Myrtle Beach Southern buffet restaurant came up to me distraught during lunch one day a couple of years ago because a white man a couple of booths over had called him "boy," that stopped me in my tracks. Because he had no recourse. He needed the job and couldn't afford to make a stink. His white colleagues told him to just ignore it, so he just swallowed hard and got back to work. Waitresses all across the country face the same dilemma from men who touch and speak to them in demeaning ways.

I'm more concerned with the disturbing rate of harm that is too frequently visited upon trans women, particularly trans women of color, and the rise of white supremacist acts that led to the slaughter of Jewish and black people during worship and Bible study.

I started caring about the Smollett story because of the reaction to the story, because we've come to view the justice system as just another tool to push political agendas instead of the best way to determine truth and ensure justice. George Zimmerman became a hero among some conservatives when he was found not guilty of the murder of Trayvon Martin -- even though we know Zimmerman began that chain of events that resulted in Martin's death.

Many liberals howled when Paul Manafort was given "only" four years in prison -- even though liberals have been fighting against mass incarceration and unduly long and harsh prison sentences. This past weekend, some conservatives cheered when Attorney General William Barr said the Mueller report showed insufficient evidence that the Donald Trump campaign had conspired with Russia -- even though they had spent several months calling the investigation a witch hunt and hoax and arguing that Robert Mueller and the other investigators couldn't be trusted.

It should not pass notice that many of those declaring President Trump innocent of any wrongdoing because he faces no charges and because of a summary of a report none of them has read aren't willing to do the same for Smollett.

But maybe the least credible actors in this saga are the Chicago police and Mayor Rahm Emanuel, each of whom have expressed outrage that Smollett is no longer in legal peril and that the case has been sealed. Chicago police and Emanuel were among those who made it harder to hold the police officer who killed Laquan McDonald accountable until the forced release of the video documenting that crime led to the officer's conviction.

That doesn't include the Chicago police's history of torturing black men and a judge's decision just weeks ago to declare the officers who made numerous false statements about the McDonald shooting not guilty.

Smollett shouldn't be top of mind, no matter whether he's telling the truth or really staged a phony attack to boost his chances of getting a raise. But he is. That doesn't mean he should be scapegoated for our inability to focus on things far more important. That's our fault, not his.

Hi: 72° Lo: 44°
Feels Like: 65°
More Weather
Windy & sunny conditions continue Sunday with more sunshine next week. Next weekend there will be a chance for some showers.

Dangerous suspect on the loose after shots fired in Siskiyou County

Couple reunites after months of separation because of coronavirus