Pilot: We need to find out much more about why two Boeing planes crashed 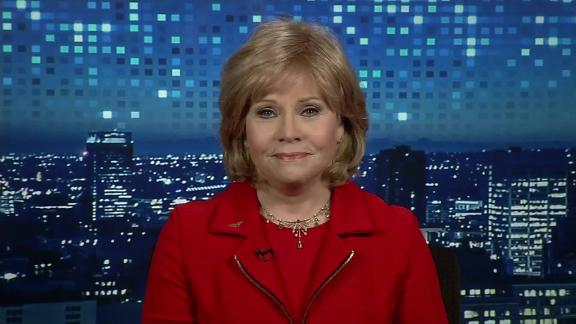 Fmr. Inspector General of the US Transportation Department Mary Schiavo says all Boeing 737 Max 8 planes should be grounded after Ethiopian Airlines crash.

The tragedy of Ethiopian Airlines Flight 302, a crash that killed 157 people this past Sunday, has uncomfortably similar characteristics to Lion Air's October 29 crash in Indonesia. Both airplanes are Boeing's latest offering, the 737-800 MAX.

As many are aware, the 737 design has been a safe and reliable airline fixture since it began service in the late 1960s. The airplane's fuselage has been stretched with almost each new variant, but the cockpit remains the same basic configuration with the only substantial difference being a change to contemporary avionics technology, which involves a "glass cockpit" with electronic instrument displays rather than the old style "steam gauges."

Additionally, the MAX's two engines are powered by the latest fuel-efficient technology. Because the engines are larger and have more thrust, Boeing had to mount them farther forward on the wing and slightly higher -- basically so they wouldn't strike the ground on takeoff or landing. To compensate for the engine's mounting position and greater thrust, Boeing designed an automatic system called MCAS (Maneuvering Characteristics Augmentation System) that would prevent the nose from pitching too high when pilots hand-fly the airplane at slower speeds, typically during takeoff and landing. The nose pitching too high translates into an angle of attack (the angle between the wings and the air flow) that could potentially cause an aerodynamic stall.

What's problematic is that the MCAS system is invisible to pilots. As a matter of fact, Boeing failed to inform many airlines via the airplane operating handbook that it even existed. If the system has a fault, and it senses an aerodynamic stall that doesn't exist, pilots are left trying to wrestle an airplane that is heading for the ground because MCAS is designed to nudge the nose down, a basic recovery maneuver for all airplanes that are approaching a stall.

In November, after the Lion Air crash, Boeing began including in its flight manual a procedure that involves pilots disengaging the elevator trim motors through two switches located on the center console, which is actually an action required for a classic fault called "runaway trim." Trimming is what finesses the forces on the horizontal stabilizer that controls pitch (the nose going up and going down). It's critical to stabilized flight. A runaway trim system is an un-commanded input from either the autopilot, or possibly in this example, the pilots hand-flying the airplane.

Runaway trim has been on Boeing's emergency checklist since the dinosaurs. So, the implication is that the MCAS fault has similar symptoms to that classic fault. But nothing in the facts gleaned from the Lion Air accident has indicated that indeed the symptoms the pilots would experience are the same.

But here's the rub. Pilots have to recognize the problem in order to react appropriately. If they're fighting what feels like a bucking bronco, that's counterintuitive when normal control wheel inputs don't respond. If I pull back on the control wheel in any airplane, the nose should rise and not fall toward the ground. So, while this nightmare is occurring, most likely the crew is being inundated with a menu of error messages and warnings, some of them audible; having multiple distractions is an understatement. And don't forget, in both circumstances the airplanes were relatively close to the ground, shortly after takeoff.

And although the captain is reported by The New York Times to have accumulated approximately 8,000 hours of total airplane time, that's not a lot compared to US flight times. The co-pilot has apparently only logged about 200 hours, which is virtually wet behind the ears in any airplane, let alone a brand new Boeing 737 MAX.

As a veteran airline pilot, I'll make the assumption that the Ethiopian crew was well aware of the circumstances surrounding the Lion Air crash. Like other carriers, their checklists were revised for such a scenario. Is it possible they executed the revised checklist and the airplane did not respond? That's a question that will be answered by analysis of the DFDR (digital flight data recorder) and the CVR (cockpit voice recorder), which have now been recovered.

Once again, even as an expert, I am speculating. Although the circumstances of these two crashes appear very similar, other explanations cannot be discounted at this point in the investigation. We need to hold our breath just a little bit longer. The FAA and Boeing are under tremendous pressure to find answers quickly.

As for the question so many of you are probably asking: Would I fly on a 737 MAX? Yes, in the United States -- but I can't deny my comfort level would be low.