Has the stigma of naked selfies expired? 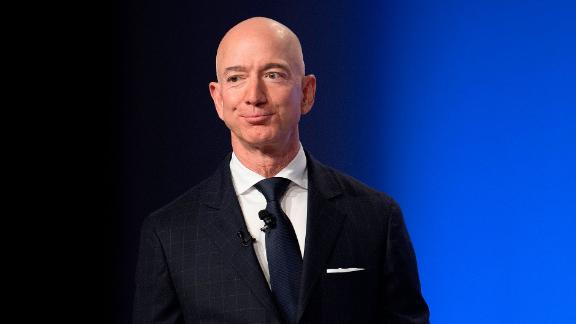 Has the stigma run out on naked selfies between illicit celebrity lovers?

That's one reason Jeff Bezos may have felt empowered to publish a shocking memo on Medium in which he willingly revealed, in explicit detail, the contents of sexy photos sent between him and his mistress, Lauren Sanchez.

In a piece entitled "No thank you, Mr. Pecker," Bezos accused The National Enquirer and its parent company, AMI, of using photos it obtained of him for extortion and blackmail. But Bezos did not fall for it. Instead, he exposed the company by reprinting an email from AMI's Chief Content Officer, Dylan Howard, in which Howard threatened to publish "below the belt" selfies and shots of Bezos's "semi-erect manhood" should Bezos not agree to AMI's terms. (AMI responded to the allegations on Friday, stating that it "believes fervently that it acted lawfully in the reporting of the story of Mr. Bezos," but that "the Board has convened and determined that it should promptly and thoroughly investigate the claims.")

Bezos's remarkable response was less a risk than a reasonable assumption that people would be far more offended to learn of AMI's alleged bully tactics than by a few lewd photos of a 55-year-old man. Certainly sex still sells, but in 2019 there is seemingly far less shame attached to explicit texts, or even extramarital affairs, than ever before -- especially among the younger people likely to fuel Amazon's future. And if there were still power in using sex to shame, Bezos's actions may have even obliterated it for good.

In being the one to expose the news himself, Bezos removed much of the tabloid's ammunition -- they've been scooped, and big time. But in his post he also refuted AMI's claim, according to the email, that the photos were newsworthy proof that Bezos exercises terrible business judgment. After all, $137 billion net worth in less than 25 years must be worth more than a couple of naked selfies.

What the tabloid also failed to consider was Bezos' personal stake in journalistic integrity and commitment to a medium that has lately come under attack. Truly, was it ever likely that the owner of The Washington Post would kowtow to a company with, as Bezos writes, a "long-earned reputation for weaponizing journalistic privileges... and ignoring the tenets and purpose of true journalism"?

But it's no coincidence, either, that one of the Post's -- and the mainstream media's -- most vocal critics has been President Trump, who counts AMI chairman and CEO David Pecker as a friend and political supporter. In standing up to Pecker, Bezos made an important stand against the culture of bullying that Trump and his allies have helped establish -- and gained so much more than he might have lost with the printing of those photos (which would have been embarrassing, surely, but very likely not revealing much of anything that his soon-to-be-ex-wife didn't already know).

Much more memorable than a lewd photo: A man who does not let himself be a victim. As Bezos wrote, "If in my position I can't stand up to this kind of extortion, how many people can?"

And while Bezos likely knew this wasn't the first time the Enquirer is alleged to have pulled this trick -- and indeed, already journalist Ronan Farrow has come forward to allege, via Twitter, that the Enquirer tried to blackmail him and another journalist, too -- he didn't become one of the world's richest men by avoiding risk. It's likely this is another that will pay off. As he concludes in his post, "Of course I don't want personal photos published, but ... I prefer to stand up, roll this log over, and see what crawls out."

No matter what you think of lewd selfies, it's difficult, if not impossible, to argue with that position.

Hi: 99° Lo: 66°
Feels Like: 80°
More Weather
Temperatures will stay well above average, but will not be as hot today. We'll also have high fire danger in your Monday forecast. We'll be a little cooler mid week, but dangerous heat returns this weekend.

CAL FIRE increased containment on the Cow Fire to 25%

What you need to know: June 21

1 person is dead and at least 6 were wounded in an Oakland, California, shooting, police say