How to buy a private island 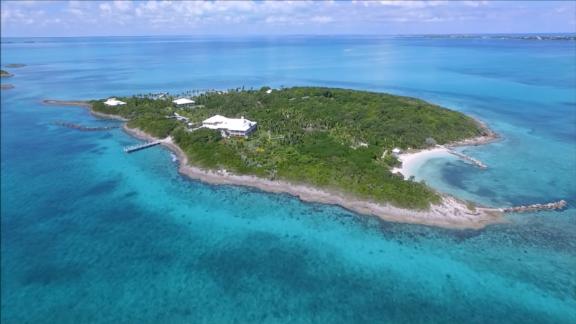 Resorts can't match the ultimate seclusion of a private island. Anyone who can afford one has plenty of million-dollar properties to choose from.

Leonardo DiCaprio, Richard Branson and Shakira each have one -- no, not a major award or trophy, but their very own private island.

In an ever-crowded world, a private island sounds like its own special travel luxury. After all, who hasn't dreamed of getting away from noisy neighbors or that car alarm that goes off just as you were about to doze off?

But how do you actually go about buying a private island? Like many once-secretive processes, the internet has bought private island sales out into the light thanks to the website Private Islands, Inc.

Browsing the website, you'll see islands up for sale or rental everywhere from Fiji to Canada. But even if you have the cash required to become king or queen of your own little paradise, there's more than just money at play.

"However, the building and maintaining is usually a large cost. Power, water and accommodations (guest and staff) are the big expenses. Hiring the staff can be a challenge, and keeping them can be an even bigger challenge."

So if your dream is to become a Bond villain, you have some plotting to do before you can open up your lair.

Another question to ask: "How will people get there?"

Some islands are so remote that you'll need your own form of transport, such as a private plane or boat, to get there. You'll also need plans for inclement weather and an Agatha Christie type on hand in case of an "And Then There Were None"-level whodunnit.

By those difficult standards, some islands almost -- almost -- feel like a bargain.

For example, if you can spring the $3.2 million required to buy Michigan's Loud Island, set in an inland lake just a few miles from Lake Huron, your money gets the island as well as a historic wooden lodge with seven bedrooms. Power and water are already set up, in one case by underground cable.

And on the Long Island Sound, Great Island -- the name really sells it -- comes with a nine-bedroom lodge and is accessible by boat from New York and Connecticut.

Meanwhile, on the Greek island of Spalathronisia, you'll have to handle setting up your own amenities, but you won't be isolated. The island is just off Sithonia, a peninsula off the northern coast of Greece, about 140 kilometers (87 miles) from Thessaloniki, meaning you won't have to go too far to stock up on groceries and other essentials.

That said, there are ways to get pretty darn close to the private island experience without having six or seven figures to throw around.

Marta Tucci, co-founder of Naya Traveler, says, "Some hotel properties do offer a separate villa on a cay, for example, that can benefit from the service and amenities of the hotel brand. These in many cases are a great middle ground for larger family groups where the profile of the clients requires more flexibility and diversity of options."

For people who want those kinds of properties -- which are often honeymooners or people celebrating major special occasions such as a big birthday or anniversary -- she mentions The Brando in French Polynesia and the Aman hotel group as examples of high-end places that give the private island feel with a smaller price tag.

Hi: 96° Lo: 60°
Feels Like: 86°
More Weather
We'll be staying hot on Friday, but won't be as hot as the last few days. The potential for active weather returns Friday night into Saturday and much cooler temperatures are on the way for your weekend.