While Kim plays to Trump's ego, he builds his nuclear arsenal 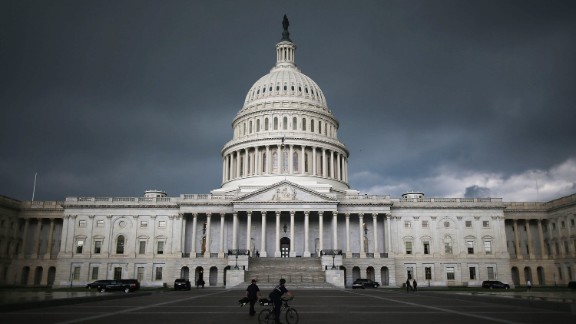 CNN analyst Samantha Vinograd explains how the government shutdown could be creating new threats for the United States.

Every week, I offer a glimpse of the kind of intelligence assessments that are likely to come across the desk of the President of the United States, modeled on the President's Daily Briefing, or PDB, which the director of national intelligence prepares for the President almost daily.

Presidents often prepare for major summits by asking experts to provide assessments of a foreign leader's intentions, along with the threats that leader may pose. These expert assessments establish an important baseline that policymakers can then use to recommend US government positions, including potential red lines and concessions that may be needed during negotiations. Absent presidential agreement on this baseline, it's almost impossible to develop realistic goals and, in the case of North Korea, actually address ongoing threats to US national security.

When President Donald Trump met Kim Jong Un in June 2018, they came to a vague agreement that North Korea would work toward the denuclearization of the Korean Peninsula. But, as Vice President Mike Pence stated last week, North Korea has failed to take concrete steps toward giving up its nuclear weapons, and it still represents a serious nuclear threat.

Though Trump has said that he and Kim fell in love, this is looking more like a one-sided love affair. Kim is getting more of what he wants -- including serious US concessions, such as suspension of US-South Korean military exercises -- but we're getting little in return. And while Trump is willing to meet again, any briefing he gets ahead of this summit would likely lay out some assessments that he needs to hear before he sees Kim again:

North Korea probably has greater nuclear capabilities today than it did at the Singapore summit. In 2017, the US estimated North Korea had up to 60 nuclear warheads, and since that assessment we have seen no indication that the Kim regime has frozen its production of nuclear material or weapons. In fact, in his New Year's speech earlier this month, Kim actually said that he wouldn't freeze his nuclear program -- let alone dismantle it -- unless the US lifts its sanctions.

In fairness, Trump did not get Kim to specifically agree to a freeze when they met in Singapore, and Kim has continued his nuclearization apace. Still, this reality poses a continued risk.

US Secretary of State Mike Pompeo said publicly that North Korea continues to produce fissile material -- material used to make nuclear weapons -- and there are even reports that North Korea is upgrading its nuclear infrastructure and making more sophisticated weapons. Going into a second summit, it is likely that North Korea has a bigger and better nuclear stockpile than it did last June.

This raises real questions about whether Kim actually plans to denuclearize. Even if he does, any denuclearization process will be more difficult because North Korea's nuclear capabilities continue to grow.

With an increased nuclear threat from North Korea, US negotiators -- if they are allowed to do any presidential prep -- should emphasize that the concessions we require from Kim before we give him what he wants just got larger, in line with the size of his nuclear program.

While Trump is willing to meet Kim again, even though he's done almost nothing to deserve it, Kim's playing a different game. And he's in it to win it. He stonewalled and insulted Pompeo when he didn't think we were being flexible enough, and in his New Year's speech even directly threatened to "chart a new path if the US doesn't keep its promises" -- likely a reference to concessions we've made to him or ones that he thinks we should put on the table.

Kim's willingness to attend a summit again means that he thinks he's getting something for it. We know that he has focused on sanctions relief in the past, as well as an armistice agreement to end the Korean War and begin US troop withdrawals from the Korean Peninsula.

While he may claim he's made good faith gestures -- including returning US hostages -- we need to make clear that absent any steps that actually have to deal with denuclearization itself, we're not giving him what he wants the most, especially sanctions relief or troop withdrawal. Sanctions are in place because of illegal North Korean activity, including illegal nuclear proliferation. Once that activity stops, we can talk sanctions relief.

US troops on the Korean Peninsula and in Japan are similarly where they are because of active threats, including from North Korea. As threats dissipate, military commanders will review our force posture. Absent any change in the threat outlook, that review would be premature.

The writing's on the wall

We don't have to wait until a second summit to gauge Kim's intentions. Following the Singapore Summit, we have not seen US disarmament experts substantively engage with their North Korean counterparts. And if they don't meet before this second summit, it will be almost a foregone conclusion that we won't have specific progress to announce on denuclearization. Our experts are a critical ingredient to coming up with specific steps toward denuclearization and getting the North Koreans to agree to them.

But they don't have to reinvent the wheel. The International Atomic Energy Agency has successfully designed and implemented programs for countries like Libya and South Africa. They've more recently been involved in monitoring Iran's compliance with the 2015 nuclear deal. In short,they are the pros, if North Korea actually lets them do their job.

Ahead of finalizing the details for a second summit, we should require bilateral US-North Korea expert level disarmament talks to hammer out specific agreements we can announce. Another vaguely worded statement will just kick the nuclear can down the road even further, giving Kim even more time to build more nukes.

When Trump said that Kim is looking forward to a meeting again, he was probably right. Kim has good reason to believe that a second summit could get him what he wants, all while he continues to establish himself as a nuclear power on the world stage. Without any real reason to change course, we should expect Kim to keep doing what he does best -- playing the President and working on developing more weapons.

Hi: 46° Lo: 27°
Feels Like: 28°
More Weather
A Pacific storm is now moving into northern California. The clouds have arrived, the wind is getting stronger, and we can expect areas of rain and snow tonight, and it will be heavy at times. Snow will fall down to the valley floor through Wednesday morning.

2 people arrested after an armed shoplift in Chico

Amazon distribution center to be built in Glenn County, could bring 150 new jobs

Tree falls on car in Butte Creek Canyon near Chico