The White House Correspondents' Association is shelving its tradition of having a comedian roast the president and the press corps at its annual fundraising dinner. Instead, famed author Ron Chernow will be the featured speaker.

For years, I helped write President Obama's jokes for the White House Correspondents' Dinner. I spent weeks worrying about what the President would say.

But I also worried about what the night's headliner, a professional comedian, would say about us. Over the last six decades some of America's best-known entertainers -- Bob Hope, Richard Pryor, George Carlin, Paula Poundstone, Jay Leno, Wanda Sykes, and many more -- have taken the mic just steps from the commander in chief. I can't I say I looked forward to President Obama (and his team) being made fun of in public. Neither, I imagine, did President Nixon's staff, or President Reagan's, or President Bush's. But if you're the president, getting roasted once a year comes with the territory. It's tradition.

Or at least, it was tradition. On Monday, after complaints from the Trump administration, the White House Correspondents' Association (WHCA) announced that its headliner for April 27, 2019, will be historian Ron Chernow.

Chernow's biographies are many things: well written; best-selling; hefty enough to cause serious injury even in paperback. But funny? No. Subversive? Not unless you're a long-dead detractor of Ulysses S. Grant. After years of pushing the envelope, the WHCA has decided to play it safe.

It's a terrible choice. Not for comedy, which is doing just fine, but for democracy, which is in trouble. The Correspondents' Dinner bills itself as a celebration of the First Amendment. But the 2019 dinner is shaping up to be a capitulation -- a surrender to a president's unprecedented attack on the free press.

Let's get a few things straight. First, the decision to not invite a comedian didn't come because President Trump skipped the dinner in 2017. I was in the room that year when the commander in chief and his staff were no-shows. The WHCA surely would have preferred that the President show up. But when he didn't, they invited comedian Hasan Minhaj anyway, and it went well enough that they extended a similar invitation to Michelle Wolf the following year.

Which brings us to a second important point: While the White House didn't like Wolf's 2018 performance, the "outrage" that followed wasn't genuine. After all, President Trump has mocked a disabled reporter. He once joked that a woman was too ugly for him to sexually assault. If you work for someone like that, there's just no way you can credibly claim to be offended by something, Wolf said.

And to claim that these jabs were only made at the expense of Republicans would be to call on a revisionist version of comedic history. Those in the press surely remember Joel McHale joking about Nancy Pelosi getting plastic surgery in 2014, or Larry Wilmore going after Don Lemon's journalistic abilities two years later. There was nothing fundamentally new about Wolf's tone. What was new was the Trump White House's response.

That shouldn't surprise anyone. More than any past president, Democratic or Republican, Trump is seemingly terrified by the idea of being publicly disrespected -- especially by those he holds in low regard. He loses his temper when African-American women journalists ask him tough questions. (Most recently he snapped at CNN reporter Abby Phillips when she asked him about the Mueller investigation, calling her question "stupid.") His administration tried to pull CNN correspondent Jim Acosta's press pass because of his alleged lack of "decorum." He's live-tweeted his criticism of Alec Baldwin's impression of him on SNL.

Hard-hitting questions from journalists are different than hard-hitting jokes from comedians. But they both require the same bedrock freedom: the freedom to express oneself, even (and perhaps especially) when it makes powerful people uncomfortable.

That's why the WHCA's decision to nix a comedian next year is so disastrous. Whether intentional or not, it sends the message that the Correspondents' Association is only committed to protecting free speech if it doesn't make those in power uneasy. By treating an obviously bad-faith controversy as legitimate, the WHCA has given the White House incentive to manufacture even more bad-faith controversies going forward. And in abandoning core values in response to President Trump's unfair attacks, they've invited even more unfair attacks in the months and years ahead.

I don't agree with Wolf when she says that the media is "complicit" in the President's unprecedented attacks on democracy. In my experience, the WHCA and its members are very good at their jobs and take their roles quite seriously. They're trying to make the best choices in a political environment that offers few good ones.

Still, this was a bad mistake, and the WHCA needs to start fixing it right away. It's too late to disinvite Mr. Chernow and replace him with a comedian, but how about bringing in some extra special guests who are truly champions of the First Amendment -- local and national investigative journalists whose reporting has held powerful people to account over the past year?

Meanwhile, reporters and editors have to think hard about how they're going to cover a president who attacks the press with unprecedented frequency. Are they willing to insist on accuracy, even if sometimes means giving up access? Will they allow their coverage to be manipulated by those in power, or will they exercise their unbiased judgment without bowing to political pressure? The independence the WHCA frequently trumpets won't be on display at the 2019 Correspondents' Dinner -- but it's not too late for the other 364 days of the year.

Finally, those of us who aren't reporters, but who care about truth in a world of alternative facts, need to accept something. The White House press corps, while well-intentioned, has not yet figured out how to adapt to a president who lies regularly and truly does not care about freedom of the press.

We should be rooting for White House reporters to hold our leaders accountable. Democracy will be much better off if they succeed. But if they come up short, there are local papers, investigative journalists, and emerging digital outlets that are stepping up. We should be supporting them, too. Because the best way to defend the First Amendment isn't just to celebrate it; it's to exercise it.

On that note, Washington's been long overdue for a political comedy festival. I hear there's not much happening the night of April 27.

Hi: 101° Lo: 62°
Feels Like: 93°
More Weather
Record heat is possible for your first afternoon of October in parts of northern California, fire danger will be high, and air quality continues to be very impacted. A modest cooling trend will be a welcome change of pace through this weekend. 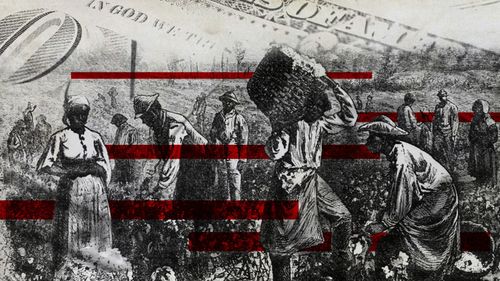