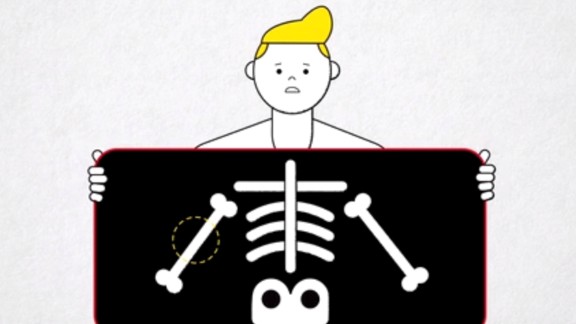 As the debate over Obamacare continues, Dr. Sanjay Gupta asks: Why is health care in the United States so expensive in the first place?

Cancer can take a toll not only on the body but also a patient's bank account -- and just how much of a toll has been revealed in a new report.

About one-fourth of cancer survivors in the United States say they have had problems paying medical bills and about one-third say they have worried about medical costs, according to the report published in the US Centers for Disease Control and Prevention's Morbidity and Mortality Weekly Report on Thursday.

The report found that cancer survivors have significantly higher annual out-of-pocket spending on average compared with people who have never had cancer.

'The economic burden ... will likely increase'

"The population of cancer survivors is growing and many struggle to pay for costs of medical care," said Donatus Ekwueme, a senior health economist at the CDC in Atlanta, who was first author of the report.

"As a result, some survivors are worried about paying and have problems paying for medical care, and some are even forced to file for bankruptcy," he said.

There are an estimated 16.9 million cancer survivors in the United States.

"The number of Americans with a history of cancer is projected to increase in the next decade, and the economic burden associated with living with a cancer diagnosis will likely increase as well," researchers wrote in the report.

For the report, researchers at the CDC, American Cancer Society and the National Cancer Institute analyzed data on the annual out-of-pocket expenditures and financial hardships faced by cancer survivors ages 18 to 64 in the United States between 2011 and 2016.

That data, which came from self-reported information from questionnaires, came from the Medical Expenditure Panel Survey.

The researchers found that the average out-of-pocket spending each year was about $1,000 for cancer survivors compared with $622 for people without a cancer history.

The data also showed that, among cancer survivors, 25.3% reported that they had material hardship associated with cancer. That's measured as ever having to borrow money, go into debt, or file for bankruptcy to cover medical costs, for example. It also showed that 34.3% reported psychological financial hardship, measured as worrying about medical bills, according to the report.

The report had some limitations, including that the cancer diagnosis data was self-reported and did not include information on the stage of cancer or types of treatment some of the survivors received.

'It seems to be this gift that keeps on giving'

As it turns out, cancer patients are more likely to actively seek health care even after surviving the disease, said Dr. Rachel Adams Greenup, a breast cancer surgeon and health services researcher at Duke University School of Medicine in Durham, North Carolina, who was not involved in the report but has conducted separate studies on cancer care and health care costs.

"Getting someone through their active cancer treatment doesn't free them from treatment-related financial hardship. It seems to be this gift that keeps on giving," Greenup said.

One way to help avoid future financial hardships for cancer patients is to discuss those costs prior to starting treatment, Greenup said. In 2009,

The American Society of Clinical Oncology even released guidance in 2009 that pointed out how doctors play an important role in addressing and discussing the out-of-pocket costs of cancer care with their patients.

"The data is slowly accumulating that cost discussions are actually probably really beneficial," she said.

Overall it's "not surprising" that cancer patients often face financial hardships even after receiving treatment and surviving the disease, said Dr. Georges Benjamin, executive director of the American Public Health Association in Washington, DC, who was not involved in the report.

"Far too many people, even with health insurance, still are having trouble paying their bills because of the health care costs," Benjamin said.

"The other thing we know is there is a correlation between health care costs and people's mental health," he said. Even though finding out you have a cancer diagnosis also has been tied to higher risk of sadness and depression, "we do know to the extent that inability to pay health care bills results in more sadness, more depression and people's concerns about those costs are a real challenge."

From a public health perspective, "the best way to deal with cancer and cancer costs is to prevent it from occurring in the first place or catching the disease early so that it's in an earlier stage of diagnosis and therefore the treatment is easier and less costly," Benjamin said.

There are also disparities in who tends to face more financial hardship when it comes to health care costs, said Stephanie Wheeler, a health services researcher and decision scientist at the University of North Carolina Gillings School of Global Public Health in Chapel Hill, who was not involved in the report.

"Certain subgroups, such as people of color, also experienced higher material and psychosocial financial hardship, which is concerning given their risk of overall poorer outcomes from cancer," Wheeler said.

"For underserved populations who face the most burdensome cost-related hardship -- including people of color, low-income and working-age adults, and the uninsured -- a failure to address cancer care costs will likely exacerbate existing outcome disparities," she said. "Until meaningful policy reforms are enacted at the national level to contain health care costs and address profit-making incentives for a diversity of players, most local strategies will be piecemeal and insufficient -- like giving aspirin to a cancer patient, they may provide short-term relief, but will not cure the underlying problem."

Efforts to address the financial burden that cancer patients experience "are urgently needed," said Dr. Ryan Nipp, a gastrointestinal oncologist and health services researcher at Massachusetts General Hospital in Boston, who was not involved in the report but has conducted his own research on cancer care costs.

"The financial burden associated with cancer has been shown to correlate with poor quality of life, high symptom burden, and even survival," Nipp said, adding that more research into the impact of discussions around costs, as well as screening for potential financial burden, could help.

Hi: 104° Lo: 65°
Feels Like: 88°
More Weather
The Heat Advisory will stay in place through Thursday evening. Cooler temperatures and the potential for showers and thunderstorms are ahead for your weekend.